Student party for a good cause – SRC President 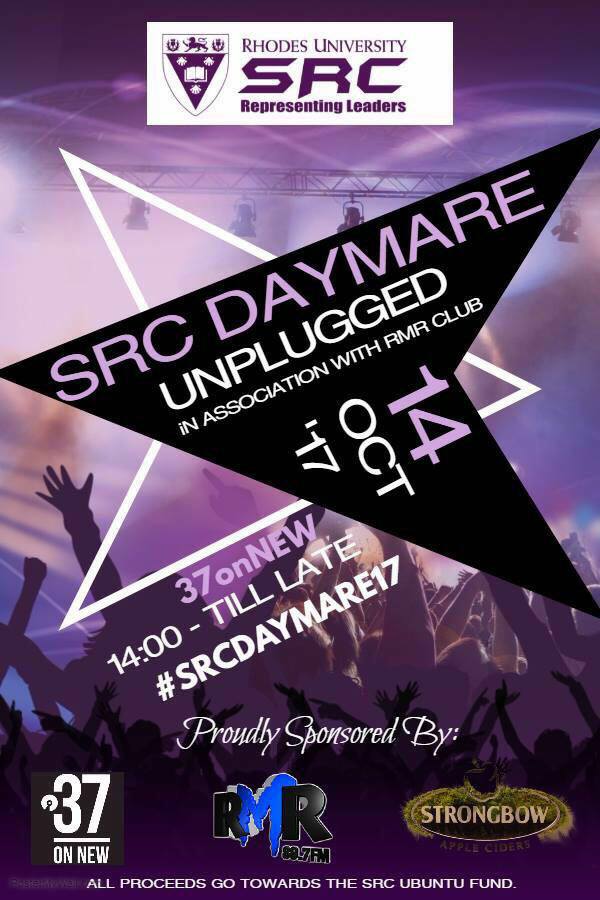 A mega party in New Street on Saturday 14 October is a step in the Rhodes SRC’s target to raise R50 000 for needy students. The Ubuntu fund, launched in August this year, aims to lend a helping hand to students at Rhodes who can’t afford basics such as toiletries, food and bus fare.

Dubbed ‘The DayMare’, the event on Saturday 14 October will be hosted at Club 37 on New. The first such event to be hosted by the SRC, outgoing President, Rolihlahla Mabaso hopes it will be an annual event.

Mabaso said the SRC had been approached many times by Rhodes alumni who wanted to help raise funds for less fortunate students in the institution.

“We know that the demographics of Rhodes University have changed. It’s no longer true that most students can afford daily necessities – things that dignify you as a person like toiletries, food and bus fare,” said Mabaso.

He said as the SRC they felt it was their responsibility to help students who are in need.

“More than R25 000 was pledged at the Ubuntu fundraising launch evening,” Mabaso said. “We are in the process of gathering the pledged money to be put into the account.” He said they aimed to collect R50 000 before the end of the year and that they would announce the amounts collected before the end of the term.

Mabaso hopes events such as this will bring about more awareness. “I feel like students don’t know about the fund despite our efforts of awareness on social media. By doing this event we want more students to know and hopefully, they can also start taking part in it by donating,” said Mabaso.

A publicity video shoot on 6 October, shared widely on all social media, was a success Mabaso said. Free food and refreshments meant students came in their numbers and he hopes to see more support on Saturday.

Starting during the day, the party will continue into the evening, with the aim of entertaining both partygoers and those who don’t really go out at night. “Generally, the social life at Rhodes ‘the parties’ mainly starts in the evening so it’s always refreshing to have a party that starts during the day, DayMare mostly caters for people who don’t like partying into the night,” said Mabaso.

Advance tickets are selling, “slowly but surely” he said.

Live bands include Yosh and The Guys, The Pillars, 21st Century Shamen.

Tickets are available from the SRC offices, RMR and SRC hall reps.