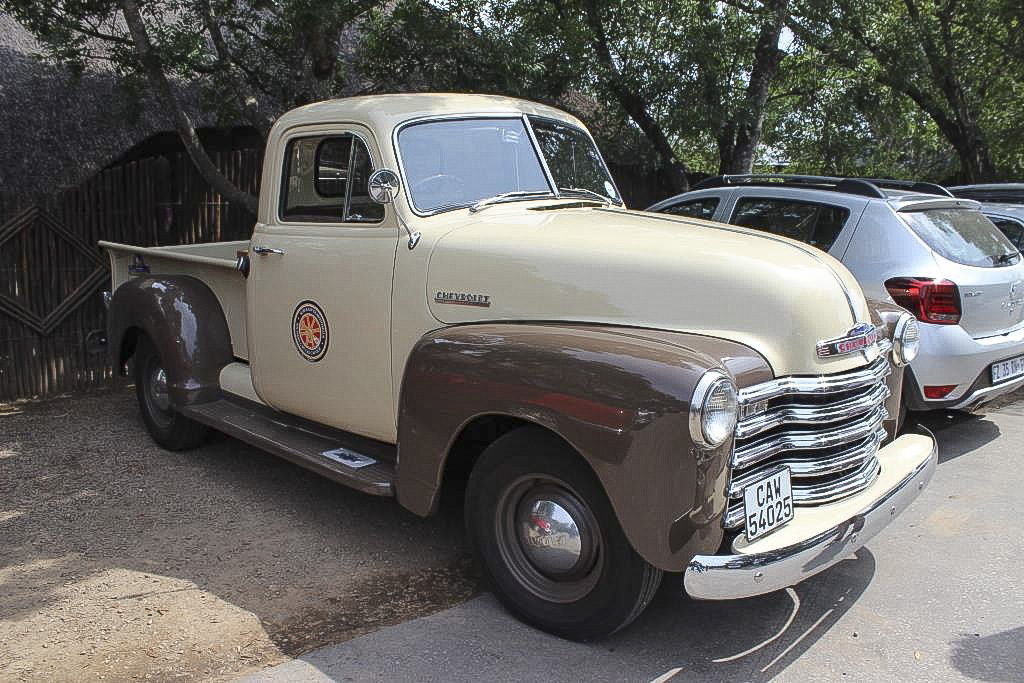 Chevrolet pick up Circa 1953 model was spotted at the Addo Elephant Park, during the Liquorland Heritage Tour. Photo: Steven Lang

The Heritage Tour, supported by Liquorland for the fifth time,and enthusiastic supporters of vintage and classic cars had the opportunity to meet the owners and admire the vehicles along the route.

Over 20 vehicles registered to participate. One of the prerequisites for participation is that the vehicle must have been manufactured before 1975. The two oldest vehicles which participated included a 1926 Ford Model T and a 1929 Chev Phaeton.

The Heritage Tour departed from the PreCap centre in Courtenay Street, George, on Day 1. Following the R62, they travelled through the Eastern Cape towns of Joubertina, Kareedouw and Humansdorp to Jeffrey’s Bay. About midway along the route, they spent a while at the Kliphotel Country Shop near Misgund, before proceeding to the seaside town, where they stayed overnight at the Sea Shells Holiday Resort.

On Heritage Day, the group travelled along the R102, R334 and R335 to the village of Addo, from where they drove to the Addo Elephant National Park. At the park, they celebrated National Braai Day and the Southern African Veteran and Vintage Association’s (SAVVA) National Drive It day. They stayed at The Kraal in Addo that evening.

After breakfast, they visited the Valley of Desolation, and some of the town’s interesting historical landmarks, before proceeding along the N9 to Willowmore. They stopped for tea at Oppi-Vlak farm stall about 40 km from Willowmore. They stayed overnight at The Willow Guesthouse in Willowmore.

After breakfast, they travelled to George via De Rust, where they enjoy refreshments at the church hall of the NG Kerk, before proceeding to George via Oudtshoorn.