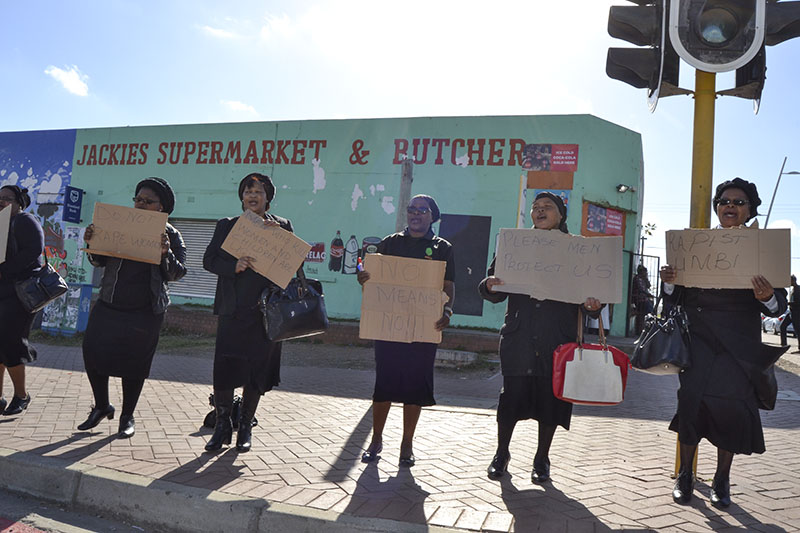 Last Thursday was a significant day for the Grahamstown Methodist Women’s Manyano, who on the day marched against gender based violence and child abuse.

The annual women’s march saw members gather with songs and signage at the intersection of Jacod Zuma Drive and Albert Street; and progressed towards the Shaw Methodist Church where Dr Vuyisa Matshaya addressed the congregation.

Matshaya spoke about the mental disorder, dementia, its causes, symptoms and enlightened the women on what to do when dealing with people who have dementia. He qualified as a medical doctor at the age of 21 and furthered his studies in psychiatry. He is presently working as a medical registrar at Fort England Hospital.

“Thursday in Black” is a campaign of solidarity and advocacy against all forms of sexual and gender based violence.The Methodist women of circuit 201 stand for: