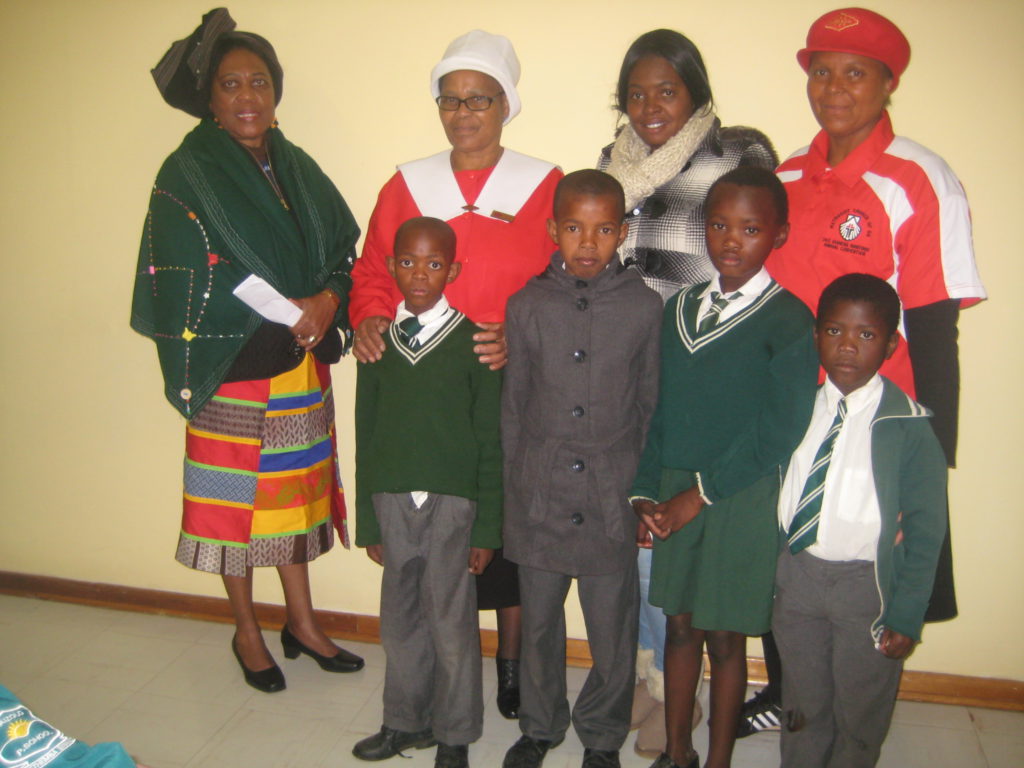 Nozwe Trust Chairperson with the Methodist Church women and the children

Five learners from Fikizolo Primary School recently received new school uniforms. Nozwe Trust Chairperson, Mheku Manentsa accompanied by women from Methodist Church gave new winter school uniforms to disadvantaged learners.These children were selected by the school according to their noticeable need for new attires. “We know that it gets extremely cold in the winter season and it is not healthy nor comfortable for these learners to be in school in this manner”  said Mheku Manentsa. The Nozwe Trust was founded by former Fikizolo principal Nozwe Zondani who is the mother of chairperson Mheku Manentsa. Current principal, Zoleka Kate thanked the Methodist Church women and Nozwe Trust for their generosity .”We know Nozwe was the mother of Fikizolo School and this shows that she has not forgotten her children”.