Crisis talks as water dries up in neighbouring towns 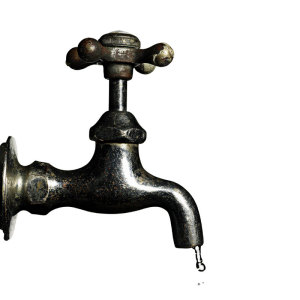 Senior national and provincial officials met this week to discuss an urgent response to the dire situation of Grahamstown’s neighbours to the north, Adelaide and Bedford, which have completely run out of water. Butterworth is also affected and residents in all these areas now rely on water tankers. However, Makana’s Director of Infrastructure and technical services Dali Mlenzana says such a situation is not imminent in Grahamstown.

“Butterworth prison and the hospital still have a little water which is likely to run out tomorrow [Wednesday 27 September], while Walter Sisulu University has water supply through an active borehole.”

In its weekly update, the DWS said Butterworth’s supply dams, Gcuwa and Xilinxa, were at 5.6% and 0.2% capacity respectively. Interventions in this area had included drilling boreholes but the yield had been very low.

“However, the department is working on a long term intervention to construct a pipeline to transport water from Tsomo to Butterworth. The designs are still in the process of being finalised,” the Department said Thursday 28 September.

Makunga said the District Municipality had placed the drought situation high on its agenda and Monday had met with key stakeholders including the national and provincial Departments of Cooperative Governance and Traditional Affairs (CoGTA), the Office of the Premier, the provincial Department of Water and Sanitation, the Municipal Infrastructure Support Agency (MISA) and the Provincial Department of Health, to seek practical and sustainable measures to mitigate the impact of drought in Butterworth and other parts of the district.

The meeting was expected to continue to Wednesday this week in East London. Details of a rapid response plan, its time frames and a process to be followed in releasing drought relief funding were on the agenda. “This crucial multi-stakeholder engagement was necessitated by the resilient and severe drought which resulted in Butterworth, Adelaide and Bedford running out of water completely,” Makunga said.

Since April 2014, ADM Council had declared the district a disaster area at least five times, Makunga said. “Assistance from national and provincial government proved to be not adequate enough to provide sustainable and lasting relief to resistant drought. While ADM regrets the inconvenience caused by the severe drought, communities are urged to use the limited amount of water left as sparingly as possible.”

The Eastern Cape’s latest dam report released by the Department of Water and Sanitation yesterday, shows that the average dam level across the province is 55.5%.

In Grahamstown, the level at Howieson’s Poort on the western supply side is 18%. While Settlers Dam is also currently reported at 18%, the actual level can’t be measured because it’s too low for the existing meter and some estimates put it at 15% or lower.

Makana’s Director of Infrastructure and Technical Services Dali Mlenzana says the municipality is not in as dire straits as Adelaide and Bedford, and the wholesale delivery of water by tankers is not currently being planned for.

“We won’t need to do that,” Mlenzana said. “We will be able to continue piping water to some degree and in some form.

“Our saving grace is that the James Kleynhans system has enough raw water for the town,” Mlenzana told Grocott’s Mail. However, a pump required to transfer water from the town’s intermediate reservoir so it could supply high-lying areas such as PJ Olivier had not yet been purchased.

Negotiations with Co-operative Governance and other tiers of government about disaster funding for Makana and six other municipalities in the Sarah Baartman District were still under way, Mlenzana said. Money to buy the booster pump was part of the disaster budget requested.

However, in response to concerns about the departure of Amatola Water from Makana and the resources they supplied, Mlenzana said water treatment chemicals had been bought. “Everything is in place for us to manage the bulk water supply,” Mlenzana said. “Treating the water is our responsibility and so we will make sure we have what we require to do that.”