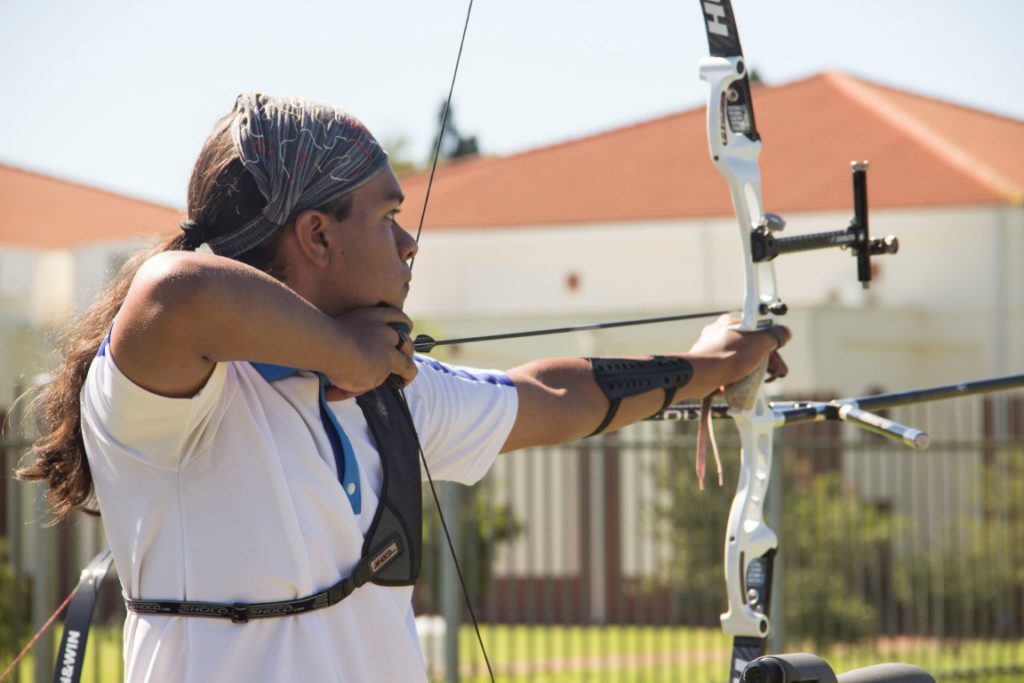 Rhodes University Archery Club member, Yashin Naidoo has been selected to represent South Africa at the 2017 World Archery Youth Championships being held in Rosario, Argentina from 2 to 8 October.

“I am very excited to be going to the Youth World Championships, however, I see it as more of a stepping stone towards my ultimate goal, which is to compete in the Olympic Games,” said Yashin.

The South African Team has nine members comprising six compound archers and three recurve archers. Yashin, along with Wiaan Roux and Johan Wilsenach will make up the recurve component of the SA team.

The Youth World Archery Championships is the highlight of the world youth archery calendar, with archers from all over the world coming together to compete for world titles in various categories. Nearly 200 archers will compete in Yashin’s division alone.

Yashin has been preparing for this event for the past two years with his archery coach Johan Steyn from Pretoria, and fitness trainer Ashley de Beer from the Rhodes HKE supporting him throughout this time. His daily training schedule includes a two-hour archery session, as well core strength and fitness training. He also travels up to Pretoria once a month for archery training with his coach.

Yashin’s competitive schedule is also strenuous, as he has been competing in at least one tournament every month, usually Pretoria, Johannesburg or Durban.

Yashin started archery when he joined the Rhodes University Archery Club four years ago and competed in his first competition in the Standard Bow division four months later. In November 2014, he started competing in the Recurve Bow division. Since then he has been National Champion every year in Recurve U15 and Recurve Cadet Men, the division he is currently shooting in. Yashin has broken six SA National records in Recurve U15 and Recurve Cadet men.

Yashin has won National Colours for archery since 2014, and he made history for being the first junior archer to be selected as an SA Archery Gold Squad athlete.