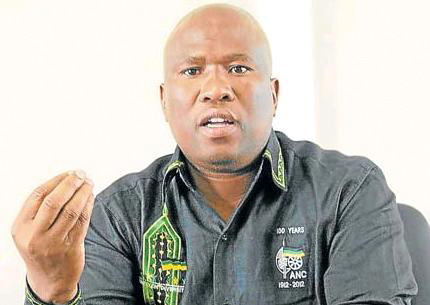 ANC provincial secretary Oscar Mabuyane is confident that the party’s provincial conference scheduled for 27 to 30 September 2017 will continue, despite a court challenge questioning the standing of its biggest delegation. Meanwhile, lawyers who will be arguing in the Mthatha High Court next Thursday for the outcome of the 2015 OR Tambo regional elective conference to be nullified have warned that going ahead with the provincial conference could contaminate it and make it vulnerable to litigation.

ANC branch member in the party’s OR Tambo region, Bandile Ntamo, in April brought an application in the Mthatha High Court for the outcome of the 2015 OR Tambo regional elective conference to be nullified. OR Tambo, with Mthatha at its core, is the ANC’s second-largest region after KwaZulu-Natal’s eThekwini. Around 70% of the delegates from the Eastern Cape participating in the national conference in December will come from OR Tambo.

The court application sees Mthatha attorneys and administrators Mvuzo Notyesi Incorporated – who represented Winnie Madikizela-Mandela in her case to win the Mandela Homestead in Qunu – challenging the ruling party after they were approached by Ntamo. Ntamo is the first applicant in a case launched in April by attorneys Mpendulo Stoyile against the ANC for the nullification of the OR Tambo regional conference held 16-18 October 2015.

In court documents Ntamo asserts that the OR Tambo Regional Executive Committee was elected with irregularly selected delegates from Ward 24 Mhlonto and Ward 8 Port St Johns. This included the process leading to the adoption of credentials in the conference that resulted in the election of the OR Tambo REC. Ntamo seeks to have the 2015 conference declared “unlawful, illegal, unconstitutional and consequently null and void”.

With a question mark still hanging over the current REC, Ntamo’s lawyers say, allowing them to participate in the provincial conference later this month could scupper that process.

“In circumstances where the OR Tambo regional conference is nullified and the election of the REC set aside, that would mean the upcoming provincial conference itself is contaminated as improper delegates would have participated,” the lawyers argue in a document addressed to senior national and provincial ANC leadership. This would make the provincial conference “vulnerable to unnecessary litigations and further appeals which could have been prevented at this early stage”.

Notyesi states that at the time Ntamo approached their office for representation in the matter, the case was scheduled for hearing on Thursday 12 October 2017.

“On consultations with Mr. Bandile Ntamo, it became clear to us that these proceedings have a direct impact on the ANC in the Eastern Cape, therefore the application should be finalised before the convening of the provincial conference,” said Notyesi.

Mvuzo Notyesi Incorporated wants the Eastern Cape conference to be postponed until the proceedings under case 1693/2017 are finalised or alternatively, that the REC of the OR Tambo shall not send a delegation.

The matter was launched in the Mthatha High Court under case number 1693/2017 on Tuesday 18 April 2017. The court has agreed to bring the matter forward and it is now set down for Thursday 21 September.

Mabuyane said the same thing had happened in Mangaung, Bloemfontein, a few years back and it had not affected that conference.

“RECs are invited to the conference, but this does not give them voting status,” he said.