Makana set to take on water 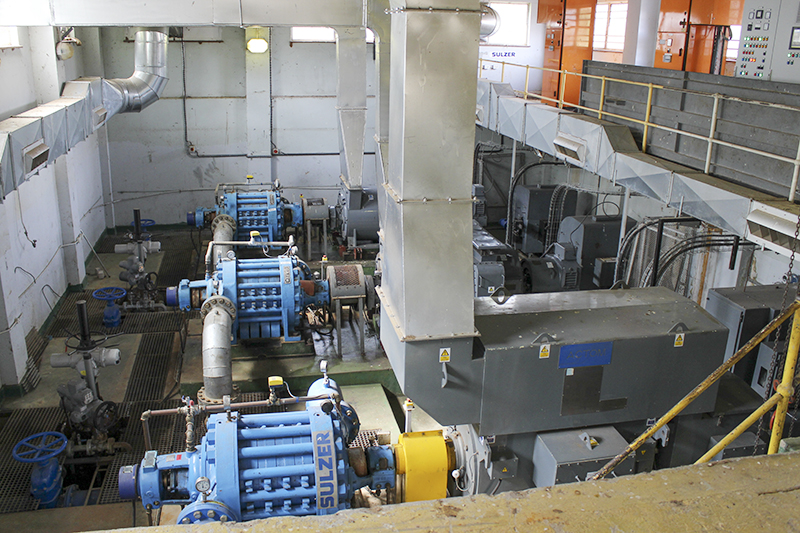 The pump station at Howieson’s Poort, which transfers the combined available supply from Settlers and Howieson’s Poort Dams to the Waainek Water Treatment Wokrs west of Grahamstown. Photo: Sue Maclennan

Our cash-strapped municipality has two weeks to buy essential chemicals to treat water supplies to Grahamstown, Alicedale and Riebeeck East, after Amatola Water ended their operations in Makana at the end of August. Makana Municipality says it has this in hand, and that the institution is ready to take over operations from Amatola.

Amatola Water’s acting CEO, Asanda Gidana confirmed they have withdrawn their services from the municipality as a result of a R40 million unserviced debt. Amatola was contracted to manage Makana’s bulk water supply, ensuring treated water to the three centres.

Amatola is also the implementer of the crucial R98 million upgrade of the James Kleynhans water treatment works, for which funding has been received from the Eastern Cape Development Corporation.

Makana entered into a five-year agreement with Amatola in October 2013 for Blue Drop (water quality) management and additional services, primarily the provision of bulk potable water. A funding agreement with ECDC saw the Corporation funding the service until 31 August 2015. The contract was to finish on 30 September 2018.

An item in the July Ordinary Council Meeting (26 July) noted it was important for the municipality to assess its readiness “in the eventuality that AW leaves the municipality”. The item, on page 159 of that agenda, dated 26 July 2017, reads: “The analysis as contained in Annexure B clearly reveals that the municipality is NOT [sic]ready to take over from AW.

Infrastructure and Technical Services Director for Makana Dalli Mlenzana (also acting municipal manager) said yesterday this report was made in a particular context and that in fact, it has been municipal staff rather than Amatola who have been dealing with water treatment processes.

“Amatola were not providing process controllers or other staff,” Mlenzana told Grocott’s Mail. “Amatola were only supervising – they were not making a difference.”

He acknowledged that procuring water treatment chemicals would be a challenge given Makana’s cash-flow challenges, but said, “We can’t have no chemicals and have been ordering them in anticipation.”

Makana would definitely miss the quick minor repairs in bulk water supply infrastructure Amatola did. “Amatola had a team of multi-qualified technicians. When something went wrong, they could do repairs quickly – also because they could easily buy parts.”

Gidana said Amatola Water had brought both technical skills and staff capacity to Makana. “These have been utilised in the maintenance of the municipality’s bulk systems infrastructure, and in the daily running/ operation of water treatment plants to ensure that the water met the SANS 241 drinking water standards,” Gidana said. She said the remaining chemical supply would be sufficient to service all the Makana Municipality plants for two weeks.

On the current spate of leaks in Grahamstown, Mlenzana said these were operational – “The old infrastructure not coping with pressure differences.”
He said delays in repairs were because it was difficult to keep the full range of parts for the very varied pipe sizes in the city. “We also struggle to find funds to buy parts,” he said.

He said water restrictions currently were in the form of throttling valves on the western supply at night.

Booster pumps to ensure supply to high-lying areas were part of the disaster management funding applied for by the Saraha Baartman District Municpality. Co-operative Governance still had to approve funding for seven municipalities in the District.

Settlers Dam was currently at 20% and Howieson’s Poort at 21% and unless there was a change in demand, or significant rainfall, this supply was expected to last until mid-November.