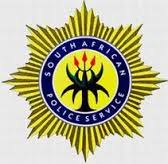 Police seized drugs worth over R165 000 on the N2 opposite the Monument yesterday.
Members  of the Grahamstown Highway Patrol were on duty Sunday 3 September when around 10am they stopped and searched a black VW Polo, spokesperson Captain Mali Govender said.
The officers arrested a 37-year-old man for  possession of drugs, and seiized his vehicle, after they found a branded black plastic packet behind the car seat containing 668g of tik and 300 boss mandrax tablets. The drugs were valued at R165 300.
The man will appear in the Grahamstown Magistrate’s Court this week. Previous ArticleInformal settlements: To eradicate or to upgrade is not the question
Next Article Museum parade for Heritage Month