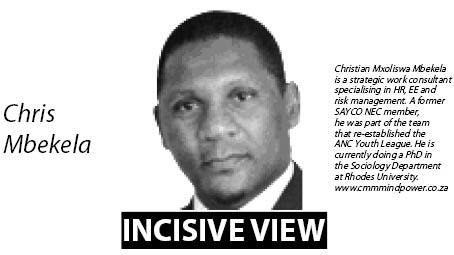 It’s reported by STATS SA that 30 million South Africans are trapped in abject poverty. This figure is more than half of the entire South African population. The youth are the hardest hit by this scourge. The outgoing Statistician General lamented extensively the country’s sombre future, in particular that of the young blood. Limpopo, KwaZulu-Natal and the Eastern Cape, the predominantly rural provinces, are the area most affected.

Levels of inequality, poverty and unemployment have reached alarming proportions, nationwide. Rural development and land reform initiatives have failed to make an indelible dent on the state of rural provinces.

The 30 million poverty stricken segment of the population is black in general and African in particular, with a paltry fraction of white folks. The majority of these people are young Black women in general and young African women in particular. This phenomenon has increased the political and socio-economic risk to high levels. Gender disparities have also increased.

This phenomenon has also increased the size of the unemployed, unemployable informal labour market and contributed to the contraction of the primary labour market.

The latter is not in a position to create massive job opportunities. The present economic trajectory is not labour intensive, it’s skills intensive. The debate around a labour-intensive labour market has become a myth. The economy is largely driven by state of the art technology.

The permeation of the primary labour market requires skills, knowledge and expertise relevant to a knowledge-based economy driven by multifaceted technology.

This space has not been reconfigured and customized to the demands and needs facing South Africa.

South Africa constitutes an integral part of a competitive and aggressive global space, which means it should change its approach to skills development and training and development. Setas have failed to rise to this challenge due to the corporatisation of the training and development landscape. Seta spaces should be re-configured and customised to the needs and demands facing South Africa. Gross under-spending and the obsession with lavish life styles have compromised a number of Setas.

The skills deficit has not been adequately addressed to ensure the absorption of a reasonable number of new entrants by the primary labour market. Alternative self-employment opportunities have not been adequately explored. The informal labour market, quantitatively has become the largest niche and prone to black market activities. The lack of strategy to tap into this market and integrate it into the so-called first world economy is worrisome.

Debates around the economy or political economy are not coming up with concrete proposals on how to address the growing number of the unemployables, unemployment and the question of the informal labour market. Such debates focus more on ideological rhetoric and root causes of the problem and fall short of addressing solutions.

There is abundant literature on a wide range of economic strands. What is needed most is the appropriate application of the tools of analysis to come up with a workable alternative trajectory for South Africa.

The question of leadership becomes critical to propel the country forward. In the absence of astute leadership, all the grand ideas we have may not come into fruition. This is the challenge the South Africans must resolve.

We should be worried the bulk of our youth is trapped in poverty and unemployment. The unengaged youth could engage itself in counter-productive activities. Without exaggerating the intensity of this problem, if this group of young people is left unattended to, it could transform itself into irreformable cohort.

Gauteng MEC for Education Panyaza Lesufi has made head scratching revelations that drugs have taken over schools in the Gauteng province. This scourge has affected other areas as well outside the mentioned province.

This is symptomatic of a deeply entrenched socio-economic problem that requires high level intervention across the board. There is a saying that says, you only realise the seriousness of the problem when it pounces on you. New York in the US at some point was once a hotbed for the underworld mandarins. But the situation was turned around through collective action under the guidance of a visionary leadership. In the absence of the latter, opportunistic interventions find expression in every aspect of life.

The country at the moment is undergoing a tumultuous transitional period from a relatively stable environment via low internecine chaos to an unknown destination. We’re now in full-blown autopilot and intervention is required to resume control. Kneejerk interventions and ad-hoc protest informed by anger may not work. Situations of this nature require highly alert minds guided by a well thought-out plan with quantifiable milestones.

During times of crisis, the convergence of interests and ideas across the board informed by unity of purpose becomes the highest priority. Problems and challenges facing South Africa now cut across political and ideological divisions. The prevailing circumstances could be used as a precursor to establish a unity of purpose framework in order to propel change, going forward. Circumstantial factors have opened space for the unity of purpose, and this is also supported by the fluidity of the situation.