Surviving and thriving as an activist 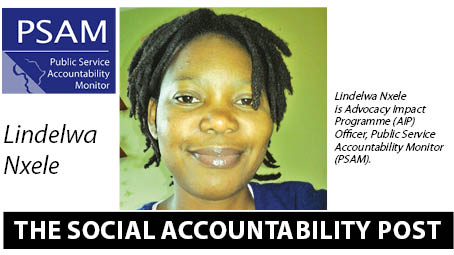 There is a consensus that the problems of the world exist because of the human race’s inability to manage themselves and their environment. That if human beings were better than their current state, the world would be a better place.

It is due to this notion that activism or community involvement came into existence.

In South Africa, activism has been the backbone of the democratic regime. Activism refers to the doctrine or practice of vigorous action or campaigning to achieve political or social change goals. Every one of us, in our own way, tries to understand the contextual issues and their causes, based on our experiences of the world. If the perceived reality is not agreeable, the activists then advocate for their individual or collective objectives. The result is a mesh of competing ideas fighting for a platform, making the transformation much more dynamic than meets the eye.

There are entire systems designed to restrict developmental initiatives

With the discussions around transforming Rhodes University getting louder and louder, there are already individuals heavily involved in trying to improve the institution, if not Grahamstown as a whole. It will not be easy, but being informed might assist in making the journey bearable.

“Most people have no idea what they are up against when they start trudging the path of activism, what one really has to do to get the work done. There are entire systems designed to restrict developmental initiatives,” said a PSAM colleague who has been working as an activist for more than 30 years.

He continued to say, “There’s overwhelming pressure by the smooth operators who dominate these public structures, who can vary from the government, leaders, businesspeople or dominant figures in one’s life, whose role in life is to make sure everything goes their way.”

Whether it is policies, finances, permits, services or power, everyone presents their agenda or opinion as the most significant.

Activists and civil society organisations, employees, students, stakeholders and communities need to understand that these public structures are not going to automatically change just because they ask nicely. Whether you’re an underground activist, or working within a structured organisation, it is important to be cognisant of a few good practices recommended by various activists.

By entering a world of systems and legislature to assert demands they deem as priority, activists become part of a world of inter-disciplinary players who have intensive knowledge of those law and systems, which they exploit as they please. For one to survive in such environments, where lion eats lion, it is important that they inform themselves of the world they want to be part of. It is crucial to know the laws, the systems within systems and the agents that govern those systems.

Understanding why the laws exist, in South Africa is a good thing, as they often exist to protect human rights. One veteran activist indicated that it is essential to learn to get behind the official lines, because there are sometimes systems behind systems and people who are in charge behind the curtains. Therefore, it’s necessary for activists to learn to hear what is not said, see what is hidden, and understand the intentions behind propaganda. Learn to ask the right questions, to the right people, at the right time.

Lastly, if for some reason you read this article and you are convinced that it is speaking to you, this is the final word of advice: Be true to yourself and the universe enough to believe that there is no one else who can do you as you do you. You are the truth you came to this world to tell.

‘But we did protest and nothing changed!’ – CLICK HERE TO READ ‘TAKE CHARGE OF CHANGE!‘