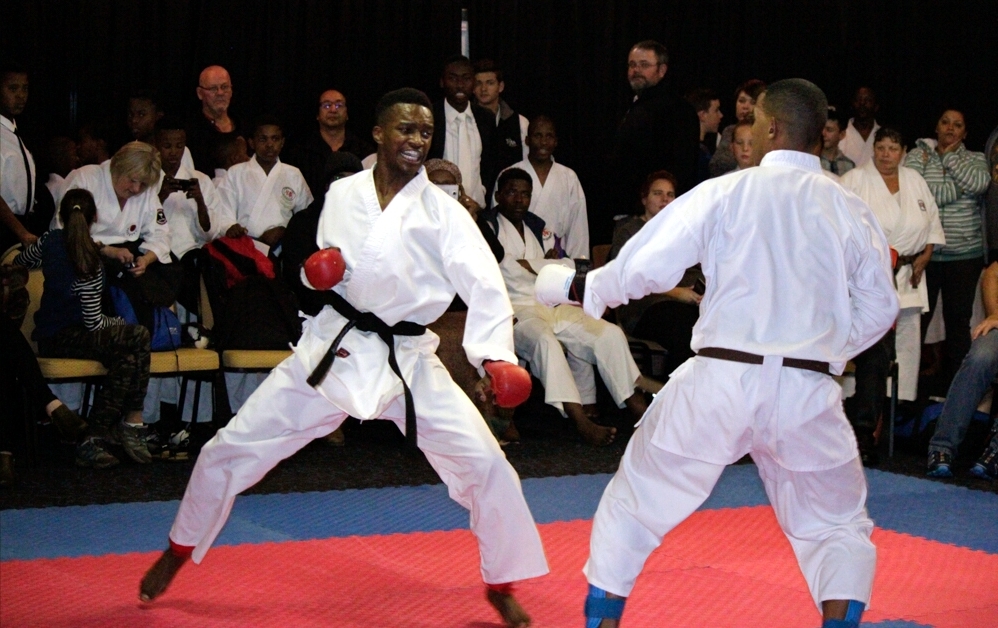 At 17 years of age, a Grade 11 pupil at Graeme College, Brent Smith of East Cape Shotokan-Ryu made SECKO Championship history by becoming the youngest ever winner of the Men’s Open Black Belt Kata (forms) Category.

The event was held at the Fish River Sun Hotel over the past weekend.

Kayleigh Chamberlain of Western Suburbs Karate Club (Port Elizabeth) successfully defended her 2016 SECKO Kumite title by winning the Senior Ladies Open Black Belt Kumite Category for the second year in succession. In second place was Tanya De Villiers (also of Port Elizabeth). De Villiers trains at both PE North Karate Club and Kase Ha Karate Club. Ilze Van Der Merwe of Helderberg Dojo in Somerset West won both the Veteran and Ladies Open Black Belt Kata Categories with Chamberlain claiming the silver medal. Van Der Merwe had made the trip to the SECKO Karate Championships as part of her preparation for the WUKF World Championships which will take place in Scotland next year.

According to Grapentin, the categories were extremely competitive with a number of exceptional athletes in the elite categories.  For karate in Grahamstown, Fort Beaufort, Alicedale, Kenton on Sea or Port Alfred, Grapentin may be contacted at garyg@geenet.co.za