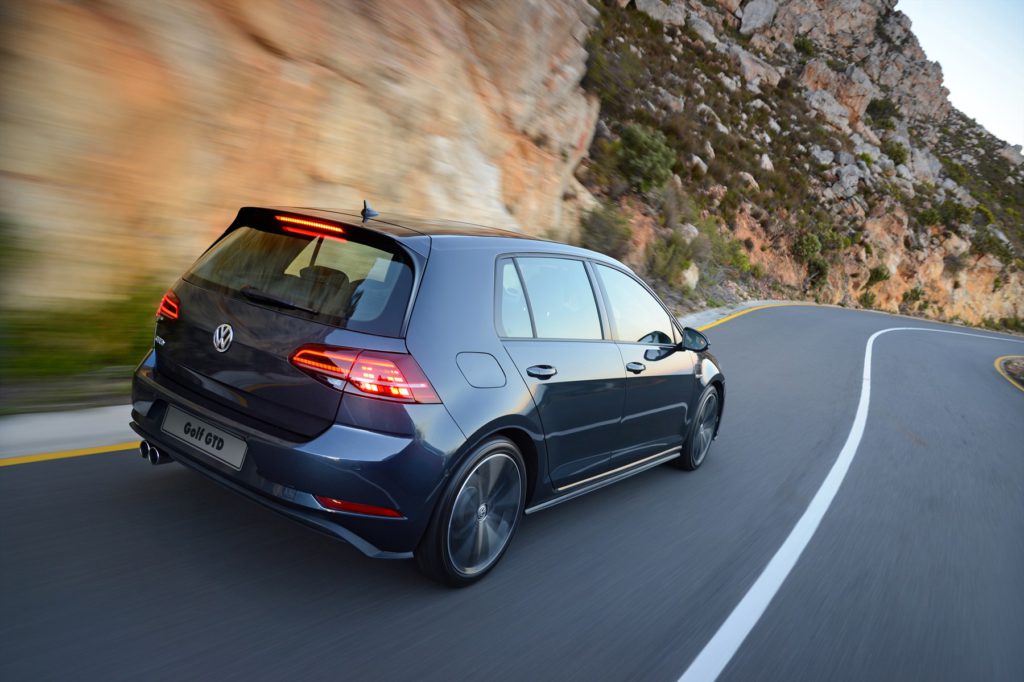 Following the launch of the new Golf TSI and Golf GTI facelift in May, Volkswagen has introduced two more performance models in the Golf range namely the Golf R and Golf GTD.

With over 350 000 Golf’s sold in South Africa since its launch four decades ago, the updated version of the seventh generation Golf is once again redefining its market segment by bringing ‘big car’ technology to the compact family car class.

Traditionally, the Golf R has always been the most powerful model in the comprehensive Golf range, while the GTD, which is Volkswagen’s only performance diesel derivative hatch to be launched in South Africa, combines the performance of a sports car with the fuel economy of a sub-compact car.

The Golf R comes with newly designed bumpers, LED headlights and LED tail lights. The tailpipes were placed further out to the sides; this gives the car a wider appearance. The upgraded exterior mirror housing caps come in Chrome Matt or optionally in Carbon and there are also various 19-inch wheel choices. New here are the standard “Spielberg” 19-inch alloy wheels or the optional 19-inch Pretoria alloy wheels in grey metallic.

As in all new Golf derivatives, the new infotainment systems, such as the 9.2-inch Discover Pro with gesture control are also available in the new Golf R. Standard on the Golf R is the Active Info Display, panoramic sunroof and drive profile selection which includes the Sport HMI feature.

Visually, the Golf GTD looks similar to the new GTI, with differentiating characteristics are the chrome strip on the GTD, which now extends into the headlights compared to the red trim strip on the GTI radiator grille. At the rear, the GTD can be made out by the dual tailpipes on the left side (in chrome). The Golf GTD is equipped with new 18-inch wheels in “Sevilla” design as standard and has additional air inlet openings in the front bumper; a honeycomb structure of the air inlet screens; LED headlights with an unmistakable light signature and a pronounced roof spoiler.

The engine line up of the models includes the all-new GTD with 130kW and the Golf R with 213kW.