Exploring the virtual realities of Grahamstown 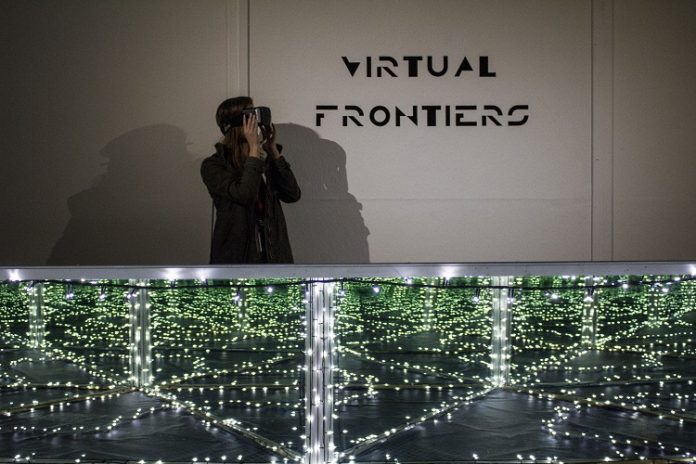 Learn to be uncomfortable. Francois Knoetze’s Virtual Frontiers is a dizzying arrangement of Virtual Reality films that not only invite the viewer to see diversity, but to be immersed in it; to be engrossed in the messy, discombobulating diversity of lived experiences that mark the town of Grahamstown.

Welcome to Frontier Country. It is 23 years since the end of Apartheid and nearly 200 years since the 1820 settlers arrived, armed with bibles and bullets. There are no formal geographic divisions, and persons of any race can technically wander where they please. We have transcended technological barriers, and can now view entirely new worlds without moving our feet.

Yet, in many ways, we have not moved. While some live in dumps and clean cars on the street, others play golf and sell livestock for millions a piece; some get degrees, others get shot. The border between Grahamstown East, predominantly poor and black, and Grahamstown West, predominantly middle class and white, still stands as strong as the monuments erected to celebrate its colonial foundation. It is visible and durable, but for most, it continues to be the pink elephant in the room. People would prefer not to see.

The four short films, shot using a 360 degree camera, have the power to put the viewer directly into other people’s subjective experiences.

Read the full story on CueMedia.co.za

Stories by the Cue Media user on the Grocott's Mail website have been written by journalists working for Cue Media during the National Arts Festival in Grahamstown. Selected stories are re-published (in part) on Grocott's Online, with the full versions being available at www.cuemedia.co.za