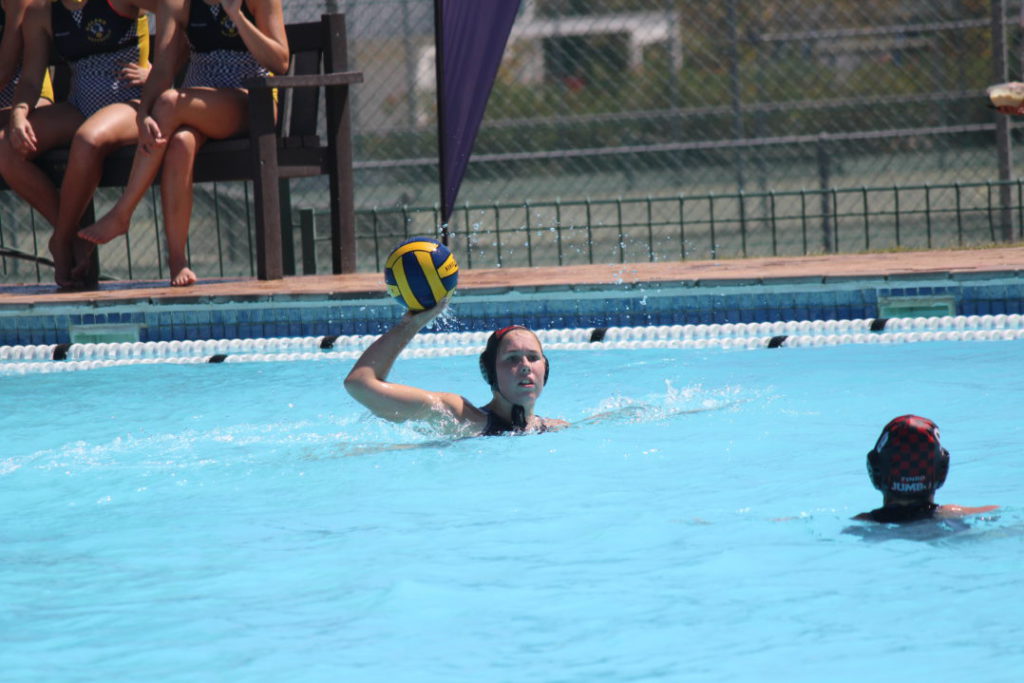 When Kingswood’s Tilabo Williamson missed the trials for the South African U17 women’s water polo team through injury, her hopes of being selected for the EU Nations 10 Women’s Youth tournament were in tatters. However, against all odds, she will be travelling to Prague this weekend as part of the national squad for the tournament – which will take place from 21-24 April.

Alongside the shock at having been selected, Williamson, who plays as a whole, felt a wave of excitement. “Water polo is my main sport and it’s nice to know that I’m actually getting somewhere,” she said.

For a Grade 11 pupil already in her second year in the national setup, this may seem a rather humble response. However, Williamson’s tentative reaction to her achievement may partially be explained by the fact that she is uncertain how far she wants to take her water polo career.

“I’m not sure if I want to carry on after school, because if I were to, then it would probably be through a water polo scholarship. That also means that you can’t stop, and it might take the fun out of the sport,” she explained. Nonetheless, Williamson is steadfast in her desire to play for the senior national team at least once.

Williamson credits Kingswood’s water polo manager, Rob Ambler, for giving birth to her dream. Reflecting on the moment that changed the course of her water polo career, she said: “He was my coach provincially in Grade 9 and he called me aside after one practice in one of his first few weeks here at Kingswood and said ‘I think you can play for South Africa next year,’ and I did.”

Recent results suggest Williamson is not the only girl in the Kingswood team who is playing with confidence at the moment. Recently, they finished joint fifth at the St. Peter’s tournament, winning the fair play award. Williamson’s impressive form led to her being included in the tournament team.

She will look to cap off an already impressive season with a solid performance in the Czech Republic. Although her future in the sport may be uncertain, Williamson has her eyes firmly set on making the U18 World Championships next year and flying the flag for Kingswood water polo above the lofty height it has already reached.