Body builders muscle it to the top 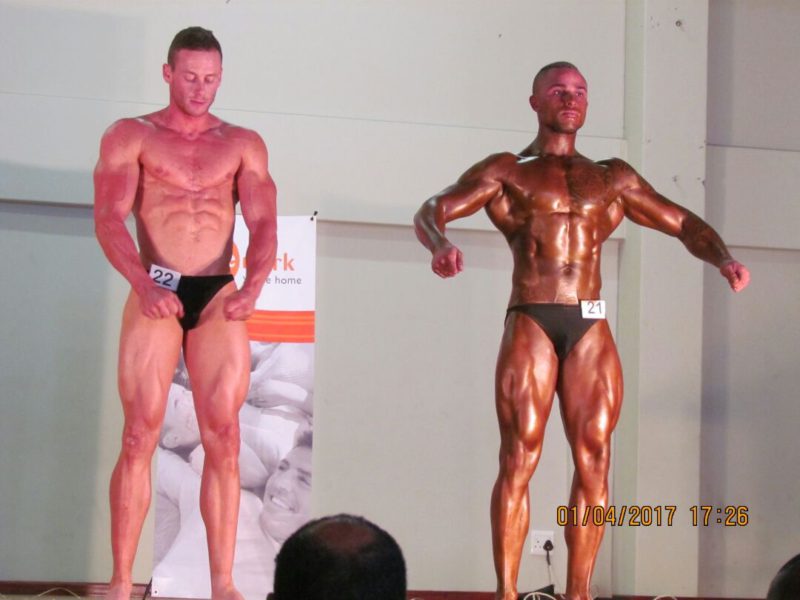 On Saturday 1 April, the Sunshine Coast Champs bodybuilding competition took place at the Titi Jones Multi Purpose Centre in Port Alfred. There were a number of athletes in different divisions, and the show was well supported by local athletes from Grahamstown and Port Alfred, as visitors from around the province.

The event had a three main judges, a chief judge, MC Bradley Scheuble and even its very own DJ Colins.

The tournament included three junior line-ups – U17 , U19 and U21, as well as an overall junior winner. In the U19 category Quentyn Oestuisen flexed his way to first place and Francois Botha took second place. They were received trophy and a 1kg bag of supplements.

In the men under 65kgs division, Asaphile Zani took second place and Mbogeni Nikani was fourth with both walking away with trophies, medals and supplements. Former Grahamstonian, Jeremy Welkom, now living in Cape Town, was the senior men’s overall winner. He came in with an impressive build, and flexed his way through the judges hearts, ultimately walking away with three trophies and plenty of supplements.

The tournament also included a women’s division, with Rhodes University’s own Mariska Thoresen competing for the first time and taking home the bacon. The couples division was won by Francois Botha and Mariska Thoresen, both of them doing the couples’ routine for the first time. Overall, it was an eventful evening, and it definitely showed off some of the local athletic talent.