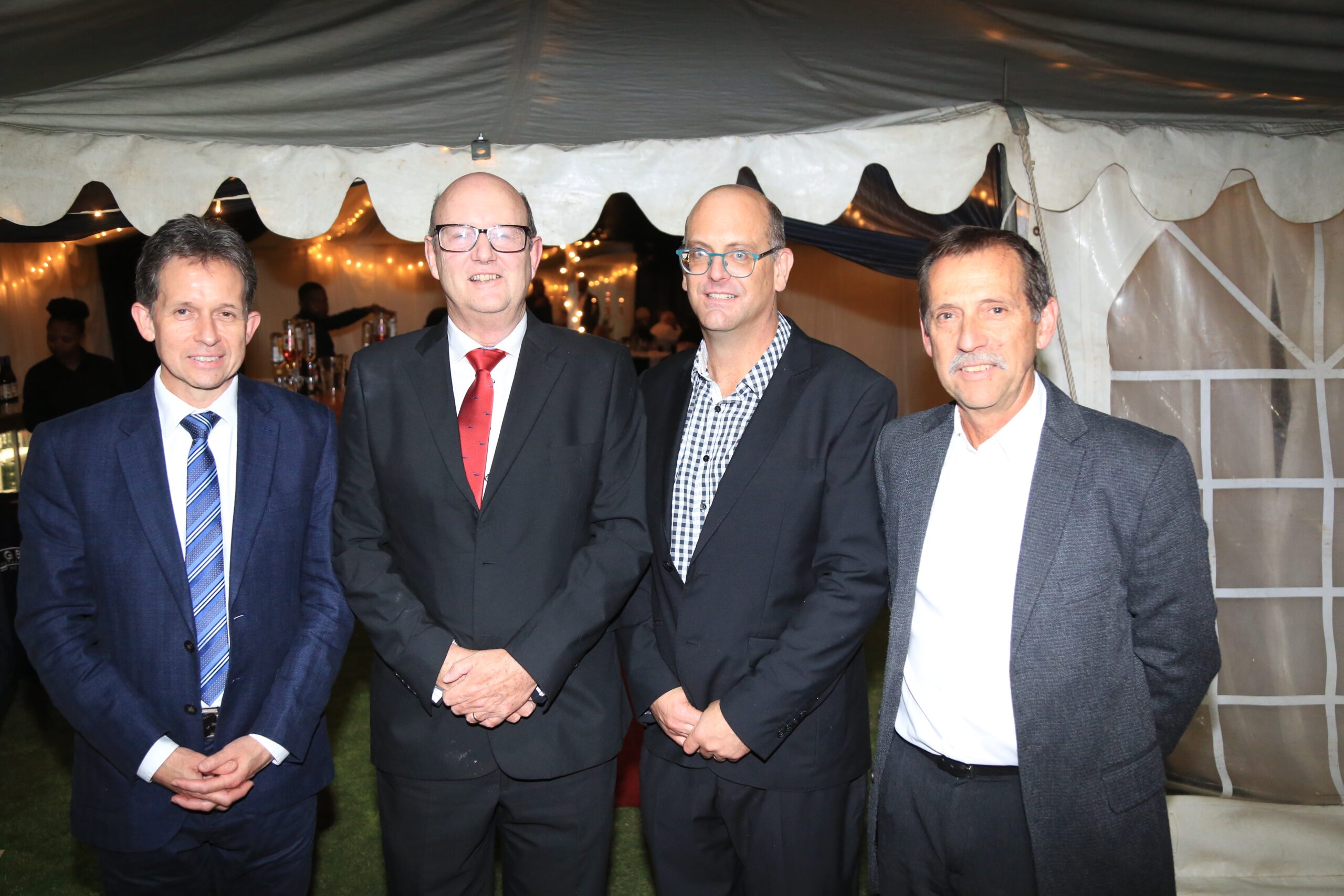 At the recent GBS Mutual Bank dinner, it was announced that from 1 December 2022, Jonty Fincham will be taking over the role of managing director from Anton Vorster, who has been MD for the past 15 years.

Fincham has been at GBS for seven years, five as an executive director and the past year as deputy MD. He has extensive local and international banking experience, having worked at Deutsche Bank’s London and New York offices, Royal Bank of Scotland in London and UBS in Zurich.

Vorster has agreed to continue working with GBS in a different capacity to help further develop its Port Elizabeth franchise and kick off GBS’s expansion into the South Western Cape.

Another long-serving staff member, Pat Hornby, is also retiring. Hornby, who joined the bank in 1997, served as an executive director and company secretary.

John Williams, who joined GBS in 2020 as GM Finance, has been promoted to financial director and will join the Bank’s Board as an executive director in December.

GBS Mutual Bank chairman Prof Owen Skae commended the work of Vorster and Hornby and the legacies they leave behind. He also congratulated Fincham and Williams on their promotions and expressed confidence in their abilities to keep GBS on a sound footing and lead its future growth.