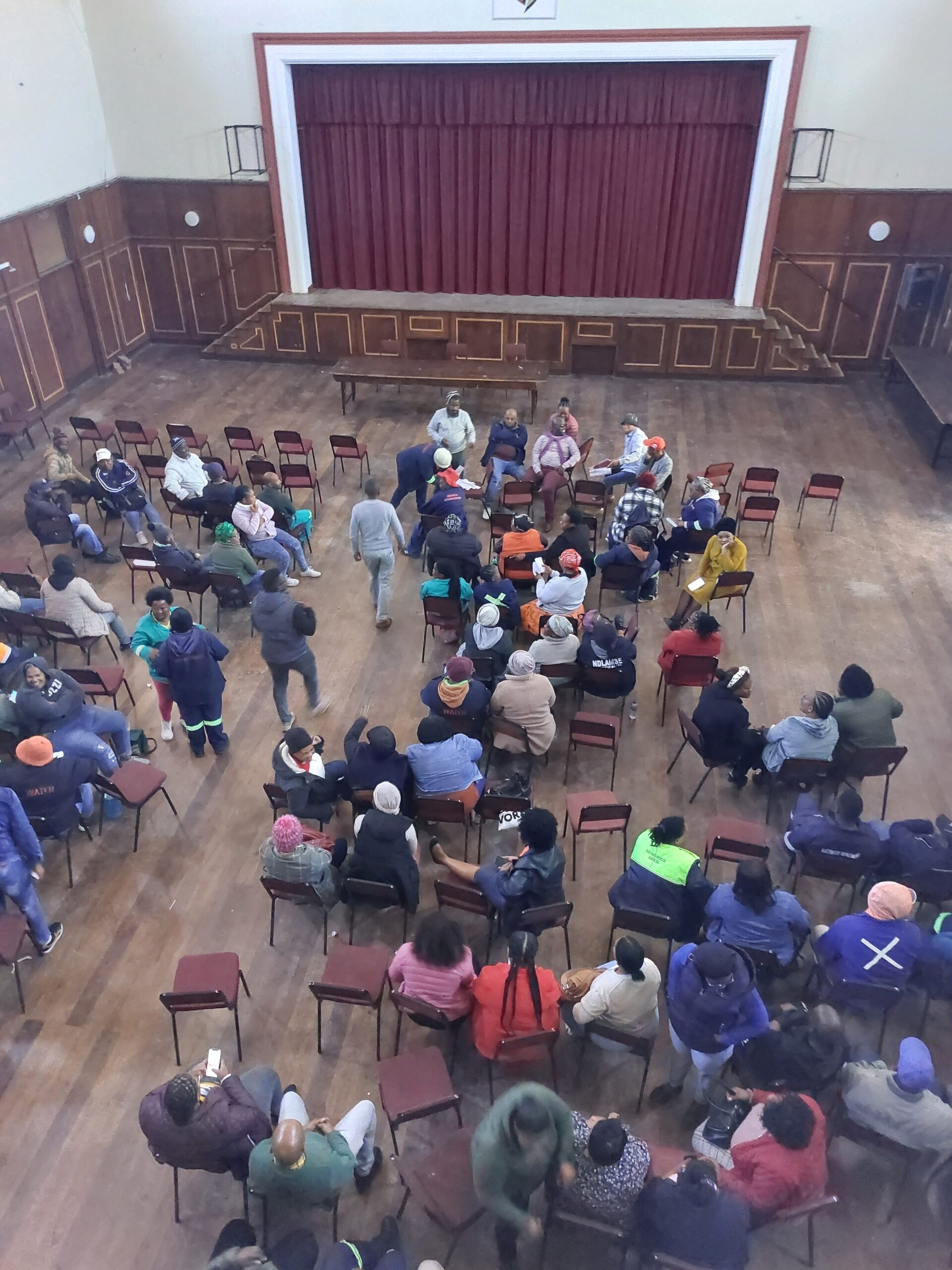 Workers tear up attendance registers in City Hall during their go-slow on Monday. Photo: Rod Amner

This week’s ‘go-slow’ by Makana Municipality workers was called off on Wednesday, 7 September, pending the outcome of negotiations.

Regular refuse collection resumed on Wednesday after uncollected garbage built up around town on Monday and Tuesday.

Makana municipal manager Moppo Mene said formal disputes between the Municipal Council, municipal management and workers were being dealt with “internally”. If the dispute is not resolved, it will be referred to the SA Local Government Bargaining Council.

Workers staged a sit-in protest on Wednesday while negotiations continued.

After Makana Municipality responded to workers’ grievances, the principle of no work, no pay would have applied to a go-slow or strike, Mene said. “Hence the workers are back at work. There are platforms in place, like the Local Labour Forum, to resolve the impasse.”

Workers launched the go-slow on Monday, 5 September, partly because they allege the municipality has failed to fully pay their pensions, provident, funeral, and medical aid funds.

According to an anonymous source, workers want to find out “why our [pension, provident, funeral and medical aid] policies are lapsing when monthly contributions continue to be deducted from our wages”.

“Right now, I am owing Avbob R449. How is that possible? The worse part is that they are some employees that are working in the municipality that are not registered with the Unemployment Insurance Fund (UIF).”

He said that when the cost of premiums rises, the municipality fails to increase the deductions from wages “so we can be on par with correct premium charges”.

Makana Municipality workers are also unhappy with the 3.5% per cent wage increase agreed upon last year by the SA Municipal Workers Union (Samwu) and the South African Local Government Association for all municipal workers at the SA Bargaining Council.

He said workers had consulted with the Municipal Manager Moppo Mene about this, who indicated that he would meet with employees to discuss the problem. “But then he decided to go to an imbizo. We don’t want this to go to a strike, but if we have to, we will.”

According to a circular from the Makana Municipality communications officer, there have been several engagements between municipal leadership and employees since last Friday.

Previous ArticleMakana workers’ social rights are being compromised
Next Article Functional fitness: what are the benefits?