What’s in a wine? 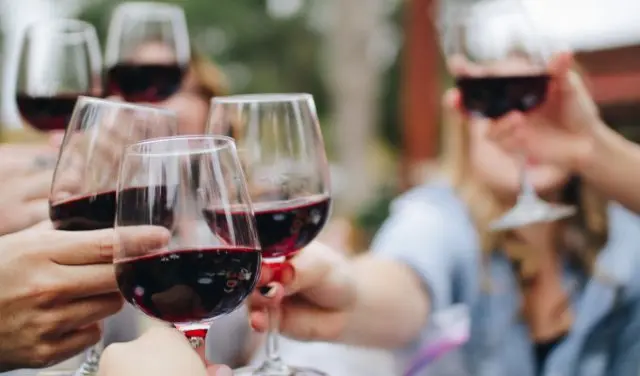 That which we call a rosé by any other name would smell as sweet.

South Africa is home to many beautiful crafts – beadwork, tapestry, ceramics, and most notably to those with the acquired palette, wine. With Mzansi being one of the most prominent wine-producing countries in the Southern Hemisphere, it is no wonder that her people consume an estimated 430 million litres per year. Along with the growing esteem of wine is the rising popularity of veganism. However, what many wine connoisseurs, vegan or non-vegan alike, fail to realize is that majority of wines on the shelves contain animal by-products.

In summary, what differentiates wine is the fining process. Fining is a widely used oenological (winemaking) practice that involves a substance or mixture being added to clarify and stabilize the characteristics of the wine, thus assisting in softening and removing astringency and bitterness in the liquid.

These additions to wine are governed by South African legislation. Usually, the fining agents are animal proteins ranging from bovine and porcine gelatine, egg, and milk to isinglass (fish). However, these agents are non-essential and can be replaced with plant-based protein alternatives such as cereals, legumes, potatoes, spirulina, and grape seeds.

Dr Marianne Mckay was the first woman in South Africa to obtain an MSc (Agriculture) in the late 1980s. She is now a senior lecturer of Oenology at Stellenbosch University and has extensive knowledge of the history of winemaking in South Africa and its current changing climate. She said that historically, ox-blood was used by French winemakers for hundreds of years to remove excess tannin and bitterness but was banned by the European Union in 1997 after the outbreak of ‘mad cow disease’ (BSE). “Generally, winemaking has become more scientific and consumer-driven, and the old ways have faded. But casein is derived from milk, albumin from eggs and these are still used … so it’s a mixed bag”, McKay added.

Feeling oddly uncomfortable that you never knew wine contained animal derivatives? Or left wondering where to find vegan wine? Do not fret. I recently took to the Facebook group, Vegan Society South Africa, to conduct a poll asking, “When you first went vegan, were you aware that some wines contained animal products/derivatives?”. 64% of respondents answered NO.

Most wines containing plant-based enzymes do not label their wines as ‘vegan’ or ‘allergen-free’, which makes wine shopping particularly tricky. A helpful site to consult when in the aisles of the liquor store is The Barnivore Vegan Alcohol Directory. Over 56 255 entries are logged on the site, with each submission being double or triple-checked by the Barnivore community. Type your drink of choice into the search bar, and you will be met with a bright red or green box stating its ‘vegan status’. Some of my personal favourite vegan wines include:

Animal rights activist and author Wayne Pacelle has said, “Indeed, consumer choice informed by conscience is an unstoppable force for good”. Whether you are interested or not in conscious living, awareness as a consumer is vitally important.

So, what wine will you pair with your dinner tonight?