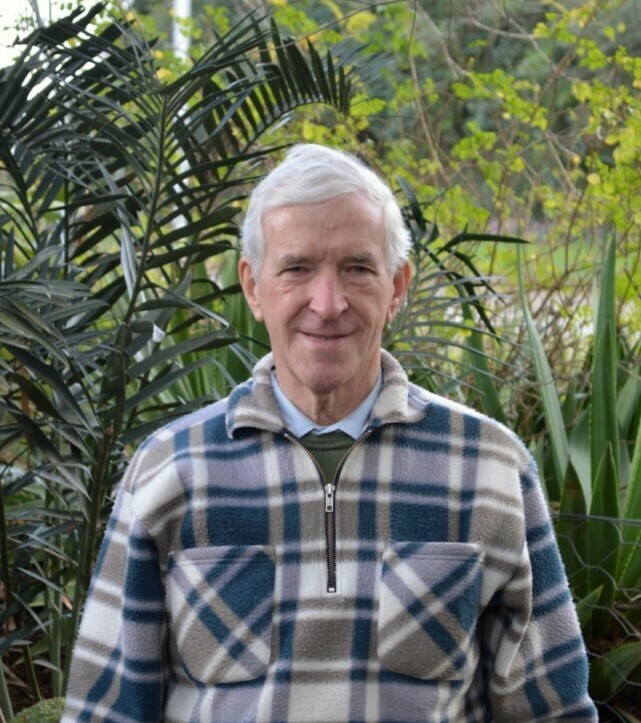 Michael took his last breath on Sunday, 14 August, while I was visiting family in Canada. The news reached me almost immediately, as it does these days. I was more sad than shocked, for I had visited him before I left, and it was clear that he did not have long… but fortunately, enough time for his son, David, to fly in from London and join Adrienne and his sister, Rebecca, at his bedside. I am still sad, for he was my friend as well as my colleague, and he changed my life. But this is not about me, of course, but Michael…

Michael George Whisson was born on 10 June 1937 in Croydon, South London, though he grew up in Norwood, not far away. He liked to remember how the headmaster of his Grammar School told him he would never get anywhere if he did not lose his South London twang. However, Michael made no special effort in that direction and still went to Cambridge on a scholarship and eventually obtained a PhD from there.

Yet he must have thought it prudent to make his career abroad, for, not counting his anthropological fieldwork among the Luo in Kenya, he had brief academic/research posts in Canada (1963-64) and Hong Kong (1964) before being appointed Lecturer at the University of Cape Town (1965). There he stayed, rising to Senior Lecturer and, following the retirement of Professor Monica Wilson at the end of 1973, became Acting Head of Department. I joined him there in 1974, another import from the UK, and later at Rhodes University after Michael took the Chair in Anthropology after Philip Mayer retired.

The department was run-down, with only one lecturer (Virginia van der Vliet) remaining, besides Chris de Wet, who had just been appointed. After Virginia resigned a year later and Pat McAllister replaced her, we four set to, in earnest, to build the department from the 100 undergraduates and single Honours student (no other postgraduates) it had then, to the powerhouse it became thanks to Michael’s leadership, and over the 20 years since he retired.

For many a Professor and Head of Department, excellence in academic leadership, including meticulous supervision of postgraduates, would have been sufficient – but not for Michael. He also served the University as Deputy Dean of Humanities and Dean.

Beyond campus, a dedicated Anglican, he was a Lay-Preacher at the Cathedral but also put his faith into practice long before community service became a requirement of academics. He had done so in Cape Town at the height of the Group Areas Act; now, he turned his attention to the removals associated with the creation of the Ciskei Bantustan. But his longest-term activism was at home, in former Grahamstown, where he led the DA in Council, exposing abuses and showing leadership to the extent he was once within one vote of becoming Mayor (a remarkable achievement in a Municipality with a clear ANC majority). After he formally retired from public life in 2102 at the age of 75, he could still be found, every Saturday morning, ministering to the inmates of Fort England.

Michael was tireless in his selfless service to his family, his colleagues, our students, the wider Rhodes University community, his church, and the city – a man of parts the like of whom we will not see again.

Previous ArticleA stable life: bringing us back to balance
Next Article Protests over teacher absenteeism at Mary Waters