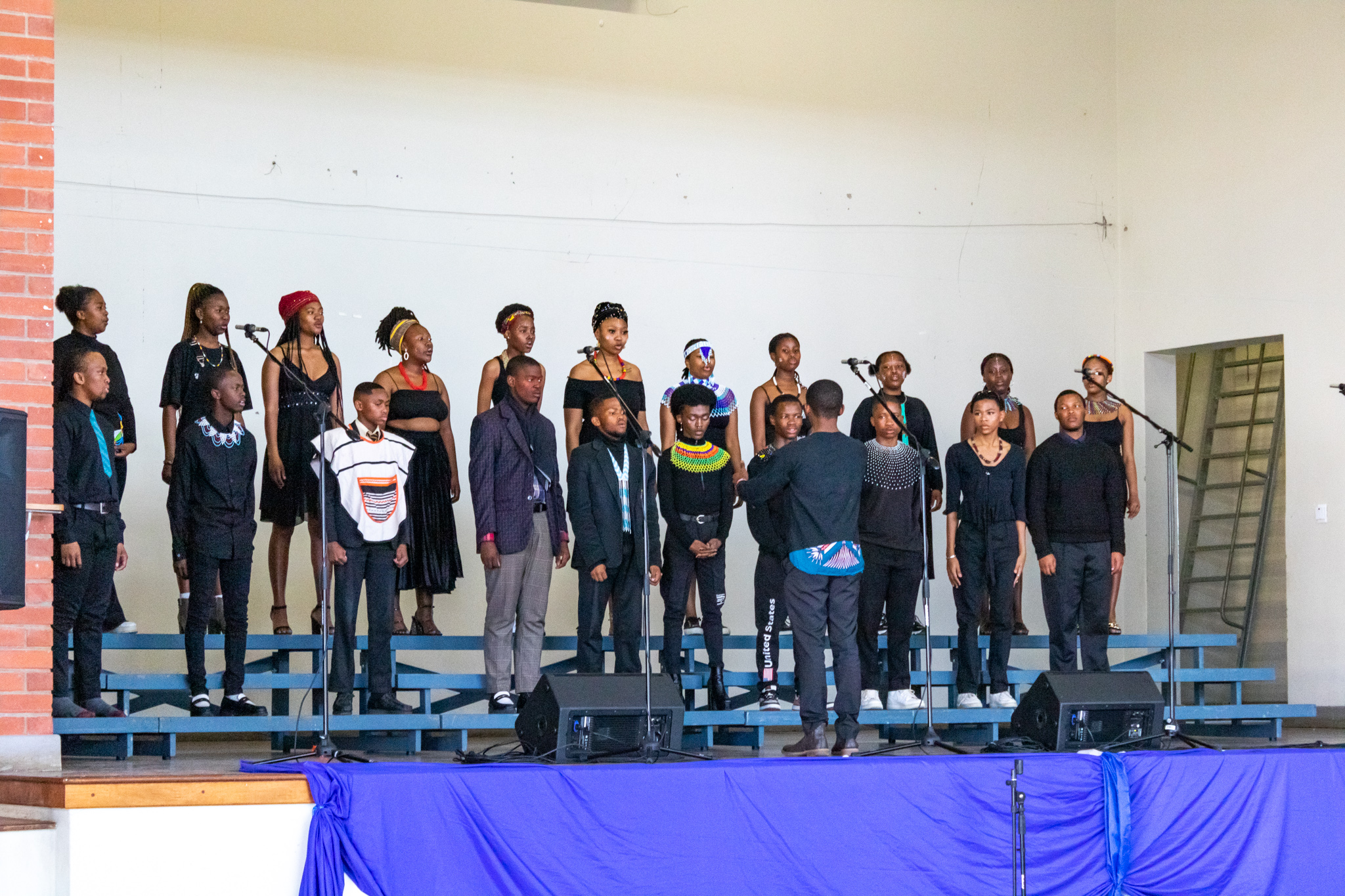 By NANZA PLATANA and NOBUHLE ZULU

Waiting for the much-anticipated choir festival to start, the event founder Velile Pantsi said the festival was the first of its kind to be showcased in Makhanda.

Pantsi briefly spoke about the history of Stibili, which he describes as a traditional kind of music called uXhawane in the Apostolic Church. An excited Pantsi added that the goal for such an event is to bring back festivities and passion for music to the Makhanda community.

Over 800 community members filled the venue as they went to support and celebrate the various choirs.

Both nervous and excited, Rhodes African Chorus member Siphiwo Gumbi said, “We are a bit nervous because we have not performed at such a large scale, but despite that, we cannot wait to witness all the other choirs do their thing”.

Other choir members said while they were nervous, they were also confident in their ability to sing and capture the audience.

Each choir performed four songs showcasing their talent by combining singing, dancing and poetry. Parents and community members joined in by ululating, singing along, and dancing to the rhythm of this traditional music.

Performances were met with ear-piercing applause from the audience. This joyous celebration helped boost choirs’ confidence as they craved to perform again.

In awe of the outstanding choir performances, audience members also placed money on the edge of the stage as a token of appreciation for the wonderful performance.

The language of singing

Chief Education Specialist Nosipho Hanisi spoke on behalf of the Department of Education and highlighted the importance of music and its benefits in the learning process.

“When you sing, you have the chance to improve language capabilities,” she said.

Hanisi added that the festival aimed to bring to life the love of the isiXhosa Language and tradition. With such festivals, learners gain confidence in their speech and pride in their culture and traditions because the songs are layered with history and profound meanings.

Event founder Pantsi said, “This festival comes as a way to ensure our children are not in the streets doing bad things. We want them to be in the choirs, to sing, dance and learn.”

Although he was busy ensuring everything was in order, Pantsi could not contain his excitement about the day.

“Ndiyavuya, I am so excited; this day has finally come to life,” he said.

He added that he wanted people to enjoy the festival and to speak about it to others so that next year, more choirs join and make the festival an even more significant event.

The Makhanda Stibili Music Festival was a one-of-a-kind experience for learners, teachers, choir conductors and community members. The event meant a lot to the community as they were given a chance to come together and rejoice through music.

Community members arrived early so that they could indulge in the experience.

“We are here early because we want to celebrate and support our children. Some of us are not even parents at these schools, but we are here because this is such a wonderful event for our community,” said a community member.

Those who witnessed the performances can agree with him and say that indeed the Indoor Sports Centre was on fire as the talented students took the stage to show the audience how it’s done.

Many other audience members took to their Facebook pages to praise this festival. They said how beautiful it is to see the Makhanda community unified in music calling all those involved in bringing this festival together phenomenal as not only did they bring the town together, but they have become a pillar in combating the societal challenges that engulf the Makhanda community, especially the youth.

The music that enlightens us still rings around our ears, and our bodies still move to the rhythm of the dancing and the ululating. There are many chatters around town about this festival, and we can only hope that next year will bring even more to the tradition and love of Stibili and all other music in this town.