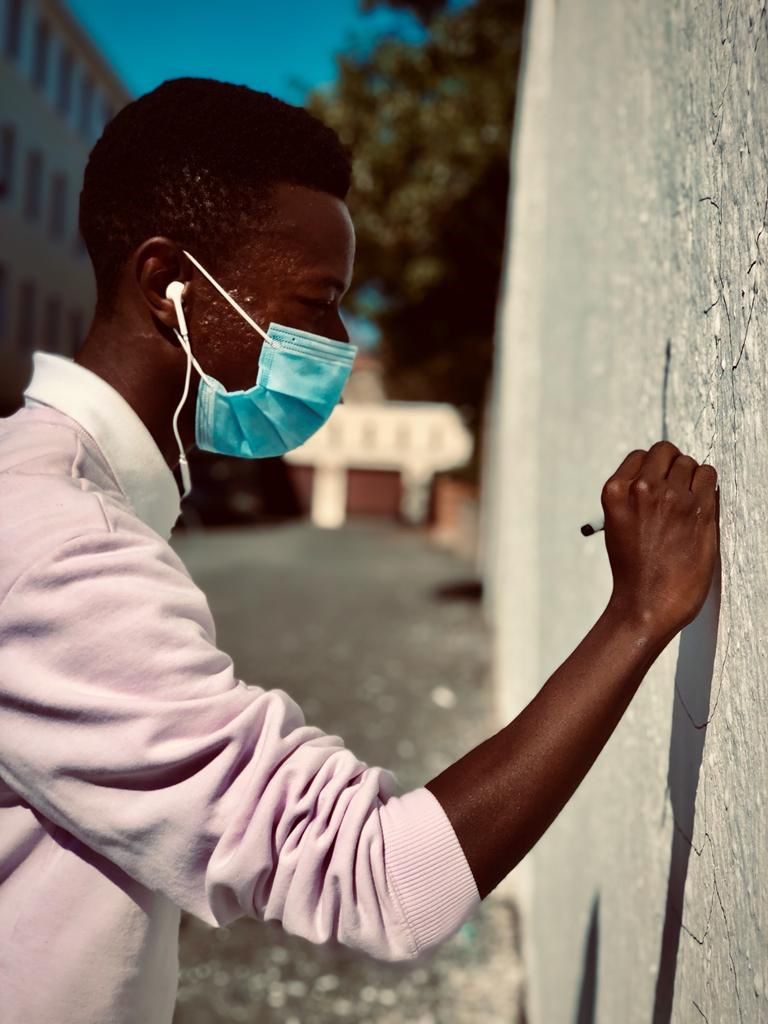 Makhanda is our home, the place where diverse people and multiple climates converge. And it’s home to another home – for writers and their myriad voices and stories.

Rhodes University’s Ink Society is an outlet for writers (mostly students) to express themselves via words. One of the society’s strongest voices and its chairman, Markan Nkhwazi, is one of the people currently residing within this community of writers.

“Writing for me has always been about expressing and exploring your imagination. The more I write, the more I find I grow as a human being,” Nkhwazi said. Writing for him is a process that has the self at its foundation – and a person who does not grow is cursed with stagnation. When he wasn’t sure of who he was, times were difficult for him because he then easily felt worthless. “However, when you descend to this point, you sort of realise what to fix, and you allow the journey to take you on to reflect, and then you elevate,” he said.

When he conducts an InkSoc workshop, he approaches them from a personal point of view. His favourite aspect of a story is its characters. “Because, just like people, I find the complex nature of a character to be irresistible. Anything that fills me with an urge to inquire – I become such a sucker!”

Nkhwazi has been enjoying a fruitful time as chairman of the campus writing society. Unlike the past two years, engagement with InkSoc has increased, and, he says, the quality of writers has also increased. What does it take to run a successful university society? “Well, one thing I have realised is that you get many different types of writers. When I and my team go looking out for members, we encourage anyone and everyone to join because even a beginner can grow a lot as the year progresses.”

Nkhwazi enjoys the mind-bending madness of science fiction and ultimately wishes to make movies one day because of the way he was enamoured by the narratives of his favourite movies, including The Prestige, Tenet, Dune, and Gone Girl. “Because of my love for film, I have noticed that my writing reads like a movie script, or the material can be easily turned into a motion picture production. If that is on the cards for me, then let’s go, dude!”

While he waits for the cameras to roll, his aura exudes peace. A man with a calm countenance, a thoughtful thought process and an expansive imagination. Markan Andreas Nkhwazi embodies the expression that, when it comes to our lives, we must write a story that we will look back and be happy with.