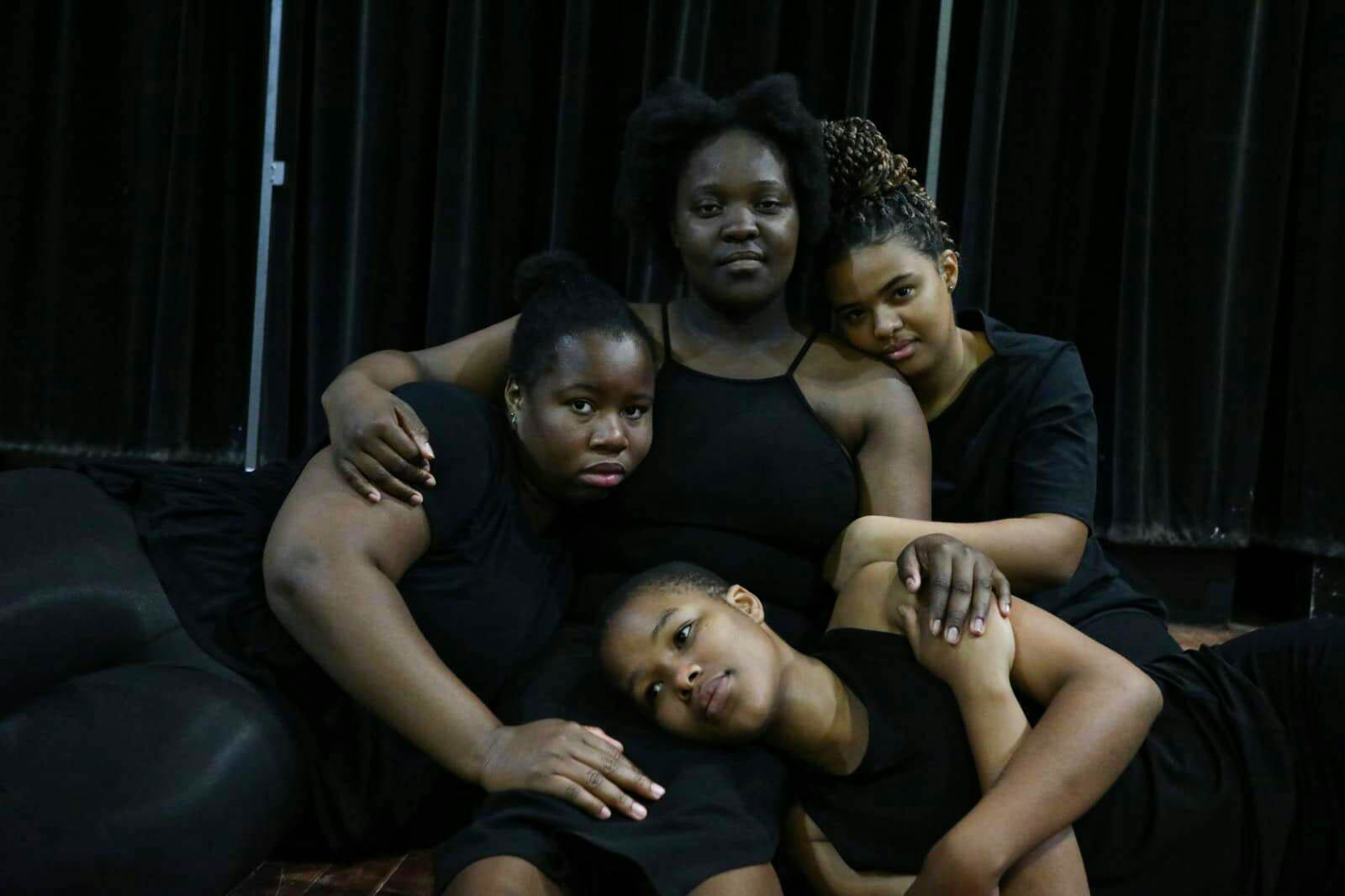 THEATRE: Spaces Between Us: Colourblind
Review by ARNO CORNELISSEN

PJ Olivier’s hill-top setting provides a brilliant view of Makhanda and the Settlers Monument, a fitting historical and racial reflection of Spaces Between Us: Colourblind, an all-female cast directed and written by Sandy Vlandir.

To be honest, an unpleasant sensation flowed into me from being back on the premises of a primary school, with portraits of stern white men, the previous principles of the school, hung by the entrance of the Neels Heunis-Saal.

Those unwelcome flashbacks and stern faces dissipated when I took my seat on the signature metal school pavilion inside the theatre when a voice, ethereal, carried the audience into a parable about the creation of the play, with black and grey footage of scenes from Makhanda flittering on the stage.

The play challenges the faulty notion of apolitical colourblindness, using humour and discomfort as a tool to challenge and disrupt. Even with my minimal knowledge of the isiXhosa language, I could pick up on basic phrases. The more fluent audience members were able to laugh along with the jokes made in isiXhosa, while I could not control a natural chuckle here and there at the jokes made in Afrikaans and English.

To me, the star of the show was Gcobisa Mpande. Her multiple roles contained a couple of personas and actions that she captured to the tee. For instance, the not-my-problem attitude of a stereotypical government employee to the subtle stomping of a cigarette butt on stage.

The part that stood out to me was her dancing, accompanied by a sooth-sounding Xhosa melody. Spaces Between Us: Colourblind makes brilliant use of the bare minimum, using only two wooden boxes and a metal clothes rack as props.

I was surprised at how the performance took me through an array of emotions more complex and colourful than a rainbow as Gcobisa danced inside a constricting square on the ground made from the clothes rack—shadows dancing with her.

One bummer out of the performers’ control was when loadshedding showed up unexpectedly. The sound and lighting were cut off, yet the actors kept the flow without a hiccup. Props to the actors who can perform without tons of props.

Understandably, the audience’s attention drifted from the act momentarily until a wailing voice from the stage gripped us again. I only realised how mesmerised I was until I wasn’t anymore. Maybe this is a sign of a good performance. I can only imagine and hope that you will go and experience how tight the vice-grip of the performance can be when the power holds.

Previous ArticleWhere past and present collide
Next Article Waya-Waya: sculpting out of the wasteland