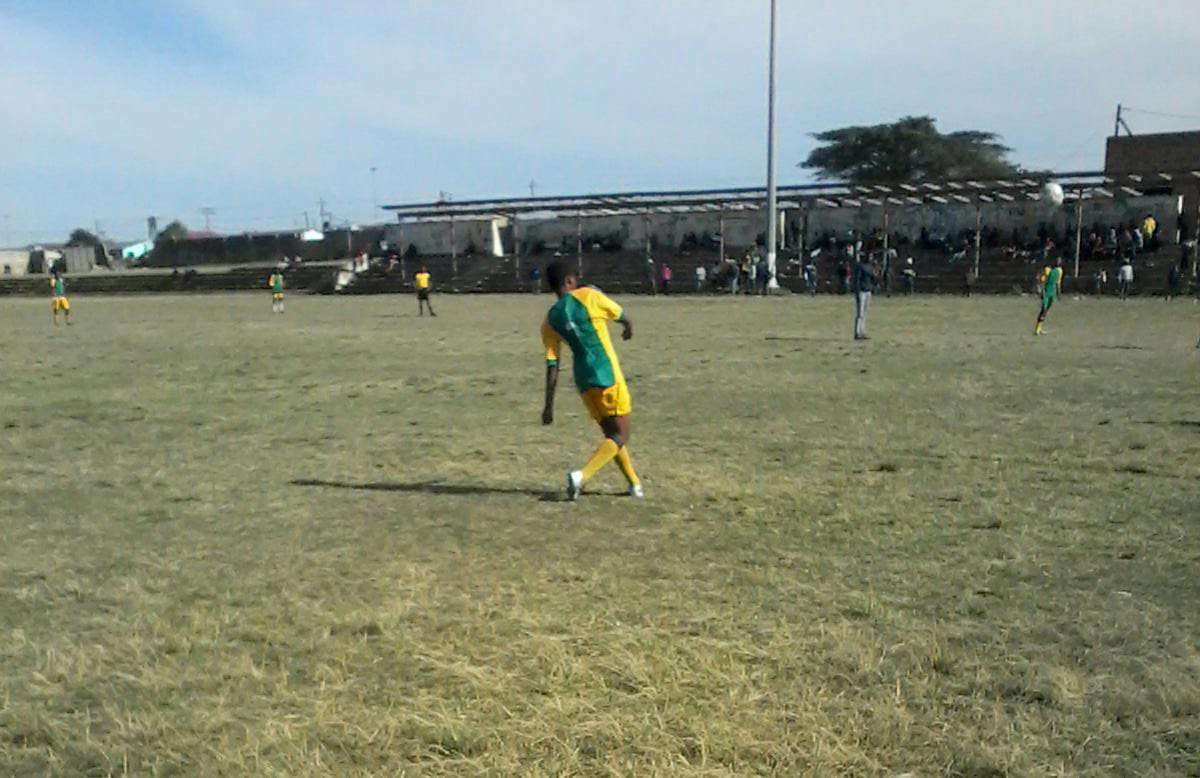 Young Stars in green came back from 0-2 down and force a 2-2 draw against Maru Academy. Photo: Chris Totobela

The situation in the Makana LFA First Division improved last weekend as teams honoured their fixtures.

There were some very interesting games which got the fans excited. Young Stars collected two points as they drew with Young Ones and Maru Academy 1-1 and 2-2, respectively.

It was a good weekend for Extension 7-based Seven Stars as they drew 1-1 with Leicester City and beat Vukani Anchors by half a dozen goals to one.

Rising Stars avoided defeat as they drew 1-1 and 3-3 with Rieby United and Leicester City, respectively.

Jacaranda Academy redeemed themselves after last weekend’s defeat and won 1-0 against African Spears. Sophia Young Stars beat Black Stars 3-1 before being brought down to earth by African Spears in a 4-1 defeat.

Former local football giants Santos FC had mixed fortunes as they beat Maru Academy by 3-1 before suffering a 1-2 loss at the hands of Black Stars.

The teams showed a bit of improvement on the field as well, and it is difficult to see at this stage which teams are seriously challenging for the title. By the end of this coming weekend, it will be easier to determine who will be likely to challenge for honours.