There are ‘loads of lots’ at the Food4Futures auction 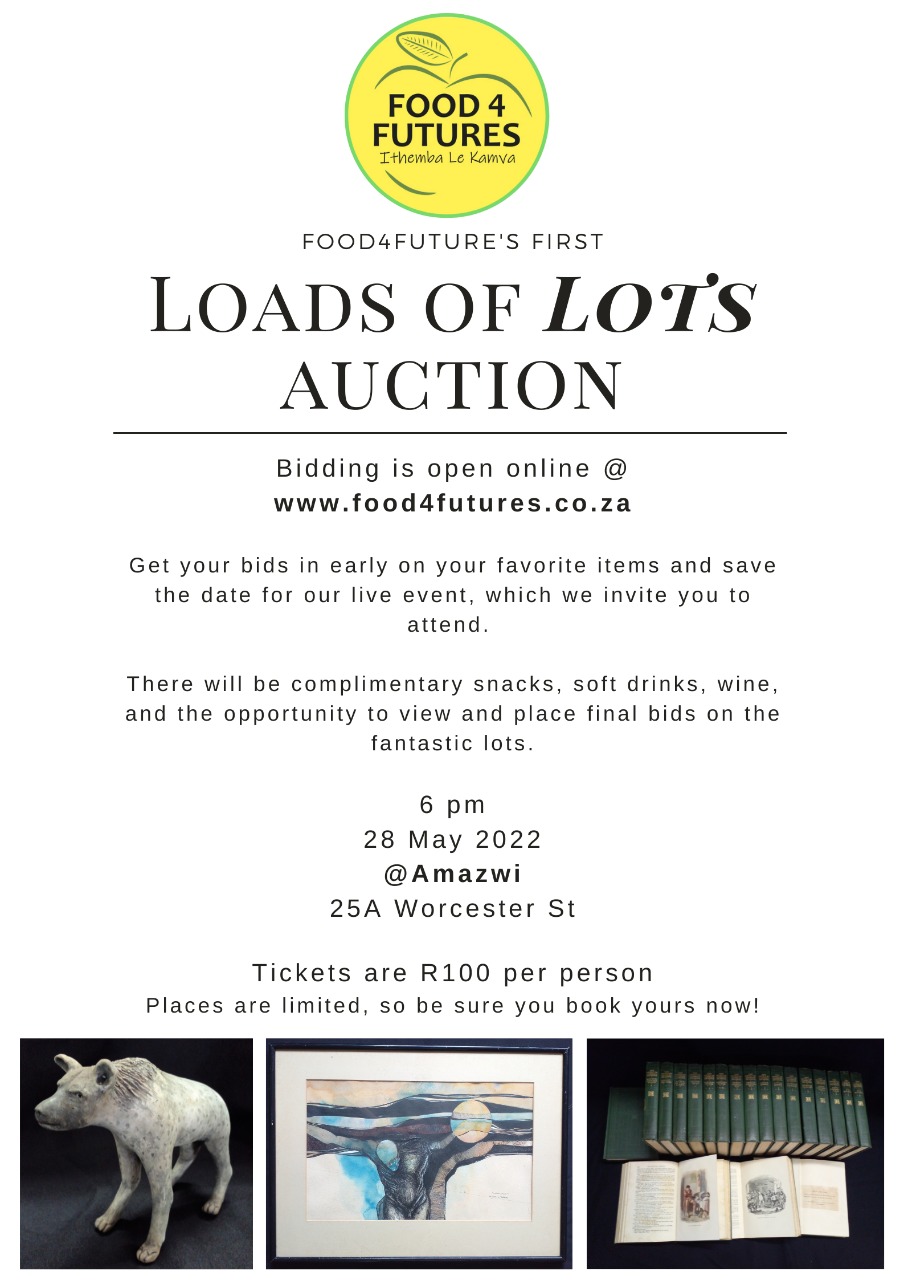 Food4Futures’ (F4F) first Loads of Lots auction has been open online since 14 May and will culminate in a live auction at 6 pm on Saturday, 28 May at the Amazwi South African Museum of Literature.

“We want to generate lots of money to buy food for people in need,” Food4Futures founder and manager Mary Birt said.

Food4Futures (F4F) is a registered non-profit organization aimed at alleviating hunger and addressing other areas of need for disadvantaged families in Makhanda.

With its move online, F4F hopes to attract buyers both locally and globally. The online facility helps bidders to view, and bid on, items before the live auction.

“A few people have already registered as on-line buyers and we hope the number will increase in the next few days.

Various intriguing items will be auctioned, and the organization is waiting for more items to arrive. “We have artworks, lots of wine, getaways, books, golf lessons, a buffet warmer, and much more,” she said.

“They are from different donors such as local photographers, friends, artists,” Birt said.

In addition to its efforts in food security, F4F also assists people in contacting SASSA and other government departments by offering advice and sometimes writing letters on their behalf. They help pay for identity card applications for those who cannot afford them.

The Parking4Parcels project sells ticket booklets to motorists, who pass them on to car guards or anyone approaching for food or money in exchange for food parcels.