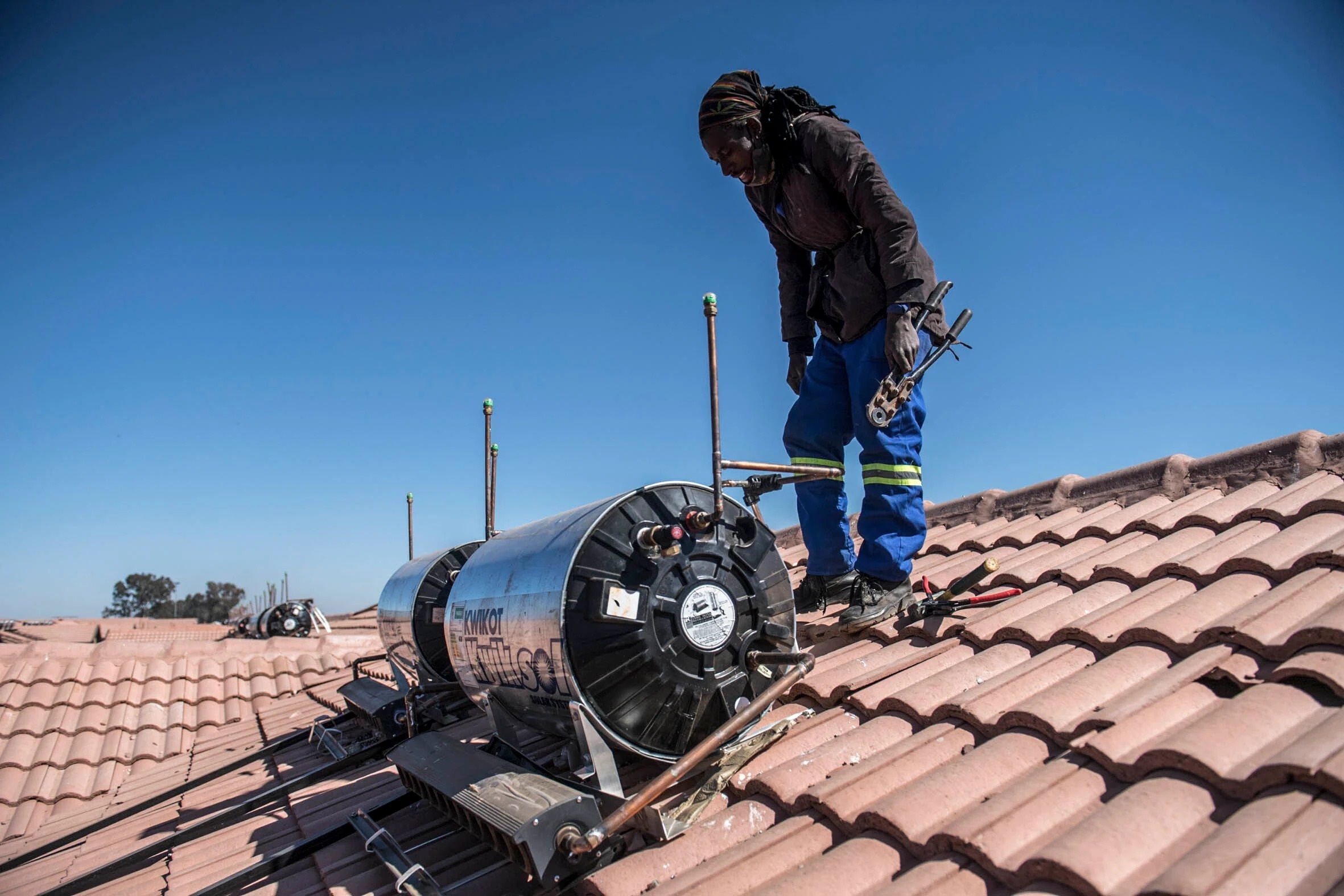 Just 46 of the 6000 solar-powered geysers donated to Makana in 2019 by the Department of Energy and the Central Energy Fund are in a state to be installed.

The remaining 5954 geysers worth at least R33.9-million were mysteriously stolen from the Indoor Sports Centre or rendered inoperable because essential copper and brass parts were stolen from their ‘packs’.

The shocking news was disclosed in a Makana Infrastructure Development Portfolio Committee meeting on Wednesday, 18 May.

Ward 4 Councillor Geoff Embling said there had been no sign of a break-in at the Indoor Sports. How the removal of whole units and parts of 5954 geysers escaped detection is a “complete mystery”, Embling said.

Embling said the brazen theft of critical infrastructure earmarked for Makhanda’s most vulnerable communities would be investigated by the Hawks.

Commentators on the Ward 4 Service Delivery WhatsApp group speculated that in the absence of any signs of forced entry, the robbery must have been an ‘inside job’ or executed by ‘an expert lock picker’.

At the time of writing, the municipality had not answered questions about the debacle.

It is unclear whether the geysers and their parts were stolen at once or if it was a progressive theft due to poor security and management.

Has the municipality taken steps to secure what is left? Do they have a case number from the SAPS? How long had the geysers been stored? And when were they supposed to have been installed?

The geysers were donated to Makana by the Department of Energy in 2019 as part of the Solar Water Heater programme. Makana was one of 19 municipalities nationally, and one of three in the Eastern Cape earmarked to benefit from the pilot programme.

The SA Bureau of Standards-certified units were made by 12 selected South African manufacturing companies. Each geyser came with a five-year warranty which becomes effective upon installation. A total of 184 installer assistants were due to be appointed in 2019 to fit the geysers.

As part of the 30 per cent benefit for local SMMEs, the trainees were expected to open their own companies and given training on how to maintain the geysers.

Through the UIF fund, the Department of Labour was to be used for this training. Two Social Facilitation Assistants were also to be contracted for the project’s duration. An Energy-Water SETA-accredited Certificated Qualification was to have been awarded to the installer assistants upon completion of the training.

A technical feasibility assessment service provider was appointed. Their role was to do three things:

The service provider had also developed a web-based data management system. Information was to have been captured live on-site through a GIS system and transmitted to the department with all the beneficiary information.

In addition to identifying beneficiaries, Makana Municipality was expected to lead community consultation and engagement.

It appears that none of this was done.

Meanwhile, in May 2021, the Citizen reported that Minister of Mineral Resources and Energy Gwede Mantashe described the national solar water-heating programme as “disastrous” after close to R300 million was spent on solar geyser storage after they had been delivered to municipalities.

Mantashe admitted the project had been wracked with corruption. A year ago, just 7000 of the 87000 solar geysers were installed, and about R290 million had been spent on keeping them in storage.

“The most honourable thing to do about solar geysers is to admit this is a disaster,” Mantashe said at the time. “They (the geysers) were put there (in storage) – nothing was done, and I think that storage money was a slush fund.”