Hard-fought win for Alex against PJ 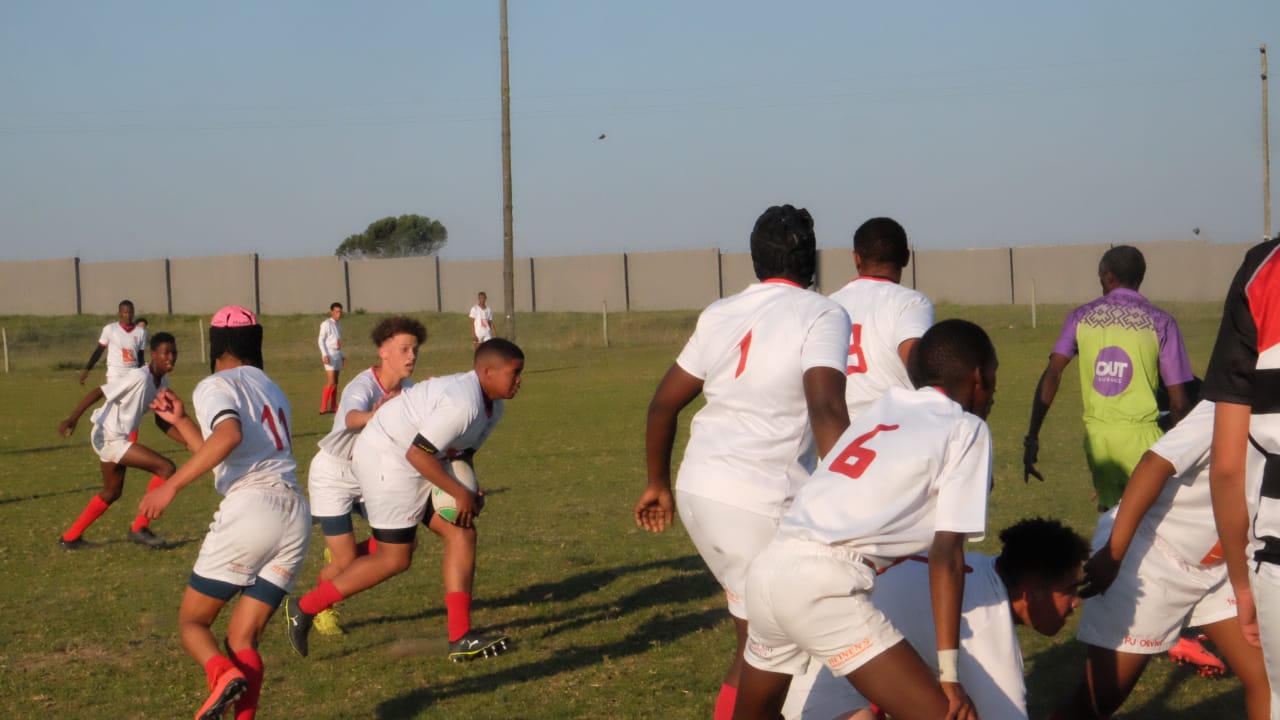 Both Alex and PJ came out guns blazing, entertaining the sizeable local crowd at the Wentzel Park Sports Ground. The game was physical and played at a high tempo from the outset.

PJ’s scrumming was outstanding throughout the game, and they dominated affairs upfront. Their scrum put them on the front foot and gave them much-needed momentum that saw Sinethemba Bruintjies scoring a try. Captain Yayen Sias converted to provide PJ with a 7-0 lead.

Alex replied with two tries in the form of Eljean Cannon to take his side to a 10-5 lead at the break.

The second half was equally competitive as PJ continued to attack, but they lost the ball in crucial moments. Alex’s defences stood firm and prevented the visitors from scoring. Silly mistakes from PJ on attack due to overeagerness whilst Alex took their chances.

The home side scored again after a mistake from PJ winger Ahlemihle Prence resulted in Alex scoring the only try in the second half. PJ was very unlucky not to score more points, but full credit to Alex, who defended well, especially at the death when PJ was attacking relentlessly. The final score saw Alex winning 15-7 in a titanic battle.

Alex head coach Enrico Williams is entirely not happy with his team’s discipline despite the win. “I am happy with the win, but there is a lot of hard work ahead. We need to keep our discipline and play the ball, not the man. Back to the drawing board for us as we are playing Templeton this weekend and a score we need to settle against them.”