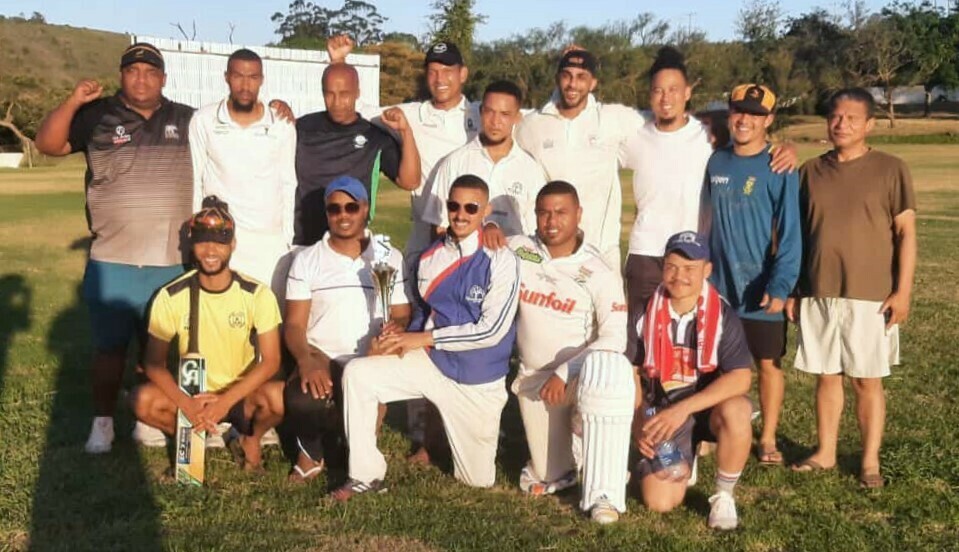 WILLOWS VS MAKANA SONA
Makana Sona batted first and were bowled out for 81 in 16.3 overs. Willows bowlers were impressive throughout the innings and bowled and field well to restrict Makana and prevent them from posting a decent total. Mello Daniels took three wickets, while Cole Wessels, Duane Brown and Ruwayne Brooks took two wickets each.
Willows made their intentions clear early on in chasing down the target, with veteran Mello Daniels (23) and Abner Accom (25) batted with aggression and composure. In the end, Duane Brown provided a late unbeaten cameo knock of 16*to steer Willows into the final, with 17 balls to spare and winning by five wickets. Qinela and Luvalo took two wickets each for Makana.

SALEM VS CUYLERVILLE
The two arch-rivals came head to head and locked horns in the must-win game. Cuylerville batted first and posted a massive 198/8 in their allotted 20 overs. Charlie Muir and Captain Brandon Handley recorded impressive half-centuries for their side. Although a bit expensive, Justin Dollery was the pick of the bowlers for Salem with figures of 4/46 (4), while spinner Bradley Van Heerden bowled economically in his spell of 1/23 (4).

Salem came out guns blazing and needed to bat at almost 10-run an over, which was always going to be a daunting task. Cuylerville bowlers struck early and took wickets at crucial stages. Salem lost wickets at the one end while Jonty Van der Meulen stuck firm at the other end and played almost a match-winning knock. He was superb in his unbeaten 110 runs and brought up his first T20 century for Salem. Unfortunately, Salem fell short by six runs while Cuylerville advanced to the Final. Gornal and Welsch took two wickets each for Cuylerville.

WILLOWS VS CUYERVILLE
Willows went into the final as slight favourites after they managed to beat Cuylerville in the competition’s group stages. But it was always going to be a different ball game in the penultimate match. Cuylerville again batted first and relied on their strong batting lineup, posting a decent 168/5 in 20 overs. Jason Beydeveld smashed an unbeaten 44*. He and Welsch put up a hurricane 60-run 5th wicket partnership. Beydeveld received good support from Charlie Muir (17), Brandon Handley (17) and Steven Gornal (16*). Jantjies was very economical for Willows, picking up 1/14 in his four overs. He was well supported by Mello Daniels 1/26 (4), Cole Wessels 1/35 (4) and Roswill Mager 1/23 (2).

A strong uphill chase awaited the Willows batsmen, and they knew they had to bat out of their skins to clinch the prestigious title. Willows made a fairly decent start putting up 40 runs for the opening wicket before losing the veteran Mello Daniels for 9. Romario Fritz and Abner Accom continued their run chase onslaught with a brilliant 64-run second-wicket partnership before Man of the Match Fritz departed for an excellent knock of 52 runs.

Accom and Duane Brown steered the ship for Willows and batted with extreme composure and class with an unbeaten 3rd wicket partnership of 65 runs. The final was very intense, excited and entertaining towards the end as Willows batters received tremendous support from the other clubs outside in cheering them on. Accom ended with an unbeaten 55* and Brown also unbeaten on 29*. For Cuylerville, Gornal was expensive in his spell of 1/42 (3), and Micklejohn took 1/32 (4). Willows reached 170/2 (17.5) and were crowned deserved T20 Winners.

Willows captain Seviano Jasson was delighted with clinching the title. “We bowled extremely well to restrict Cuylerville under 170. It was a team effort, and we were much disciplined throughout the campaign, especially in the final. Everyone got a chance and put up their hands. In the end, it was a team effort and some great all-around display and fighting spirit by the lads. Nice to bring home another trophy into our cabinet, and we want to strive in winning more, especially in the 1st league. I am also very excited to see the talent in the club and especially the young players coming through.”

Willows opening batsman Romario Fritz won the Man of the Match award for his outstanding final knock and brilliant fielding.

MANLEYS VS PORT ALFRED
The much anticipated final played in excellent conditions and a fantastic atmosphere at Manleys. The home side batted first and scored 138/5 in their allotted 20 overs. The visitors bowled well to restrict the home side to under 150. The in-form and experienced opener Chris Lock was again in sublime form with the bat and top score with a hurricane 54 runs. Veteran Barry Gleaves stood firm and played a crucial patient knock of 43 while Chat Keates contributed a blitz 19* towards the end. Wicket takers for Port Alfred were: Swys 2/29 (4) and Botha 1/23 (4).

Port Alfred lost early wickets but came back strongly with Swys (25), Andrew Pittaway (23) and JC Pittaway (18) tried, but it was not enough as Port Alfred reached 110/6 (20). Credit to the Manleys bowlers, who were fired up and bowled exceptionally well and display a more hungry approach. Lock 1/18 (4), David 1/14 (3) and Anton 1/15 (3) were the stand out bowlers for the winning side. Manleys won by 28 runs and claimed their first T20 title.

Manley’s captain Wade Mayes was very excited and pleased with his side’s performance in the final. “It was a great experience with a brilliant group of players, and the team performed well from the beginning of the competition. We want to carry this form through for the remainder of the league season and hope to be just as competitive in the Pineapple Tournament in March. The team all enjoyed the format, and we wish to see more T20 cricket in our league season in the future.”