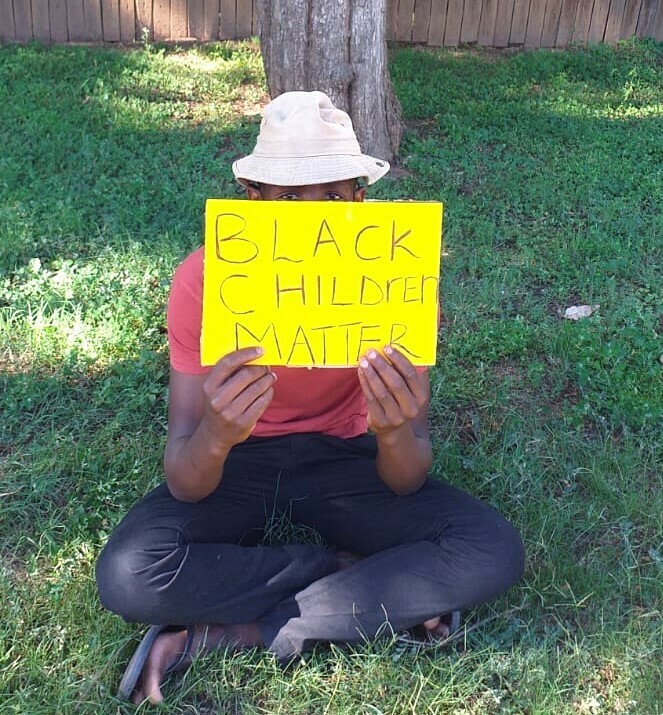 An Azapo People's Organisation (Azapo) member protests the lack of learning materials in Makhanda's public schools outside the Department of Education offices in Milner Road on Monday 24 January.

The Azanian Peoples’ Organisation (Azapo) in Makhanda is protesting the Department of Education’s failure to deliver textbooks, stationery and other learner support materials to local public schools.

“This is completely unaffordable and again would let the Eastern Cape provincial government, which receives a budget from public funds for books, off the hook,” Manyati said.

“Don’t play with the future of our children. Deliver books now! Black Children Matter!” she said.

Meanwhile, local retailers of school stationery, including Pep Stores, Shoprite, Checkers, ABM Office National and others had run out of exercise books by Tuesday, leaving learners stranded at paperless desks at schools.

Most Eastern Cape schools have not received textbooks, and other learning materials, despite schools opening last Wednesday for the 2022 academic year.

He attributed the delay in delivering study material to budget constraints faced by his department.

Due to the budget shortfall, he said he had to ask the Department of Basic Education, the Treasury, and the Office of the Premier for R267 million to purchase textbooks.

“That was made available to the Department of Education in December 2021 for the purchasing of learner support material,” said Gade.

Azapo’s Thanduxolo Kula said the organisation noted a “lack of planning and communication” in the Department of Education that “could have been avoided”.

“This is affecting teaching, learning and unnecessarily caused anxiety,” he said.