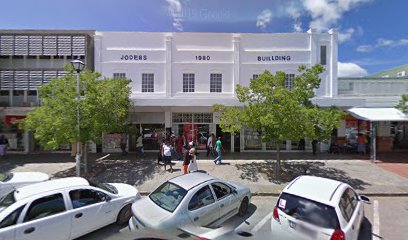 Three men stole cash, cellphones and perfumes from Foschini in High Street at 9.20 am on Sunday before escaping in a Nissan bakkie.

The three men stormed into the clothing store shortly after it opened on Sunday, 28 November and threatened the three employees while demanding money. At least one of the men was armed with a firearm, according to South African Police Services (SAPS) spokesperson Majola Nkohli.

The suspects stole an undisclosed amount of cash, cellphones and perfumes before escaping in a Nissan bakkie. Police are investigating a case of armed robbery.

Nkohli said the SAPS urged businesses to “beef up on their security measures and ensure that minimum cash is kept on their premises”.

“I know of many businesses throughout the city that have had numerous armed robberies,” Gaybba said.

He said the lack of economic opportunity was perhaps the most significant contributing factor to armed robbery. “Much like hijacking, armed robbery is a ‘job’ or ‘business’ for some.”

“The first thing we must do is support those who have been victims of armed robberies. It’s a deeply traumatic experience that doesn’t just go away. Imagine working in the post office and regularly getting held up?

“Many of these staff don’t have the opportunity to find new jobs. I’d be interested to know what psychological support they have received. Then perhaps we could consider more cameras, patrols, monitoring and visible policing.

Nkohli said the SAPS would be deploying more men and women in hotspot areas during the festive season. But, police urged business owners to make sure that they were adequately secured by implementing security measures. The installation of modern security systems and CCTV cameras was an added advantage, he said.

Police advise that suspicious vehicles and people should immediately be reported to police, especially during opening and closing times, Nkohli said.

Police urge anyone with information that could lead to the arrest of the suspects to contact the nearest police station. Information may also be shared via Crime Stop 08600 10111.