Family in shock over mysterious death of Vergenoeg man 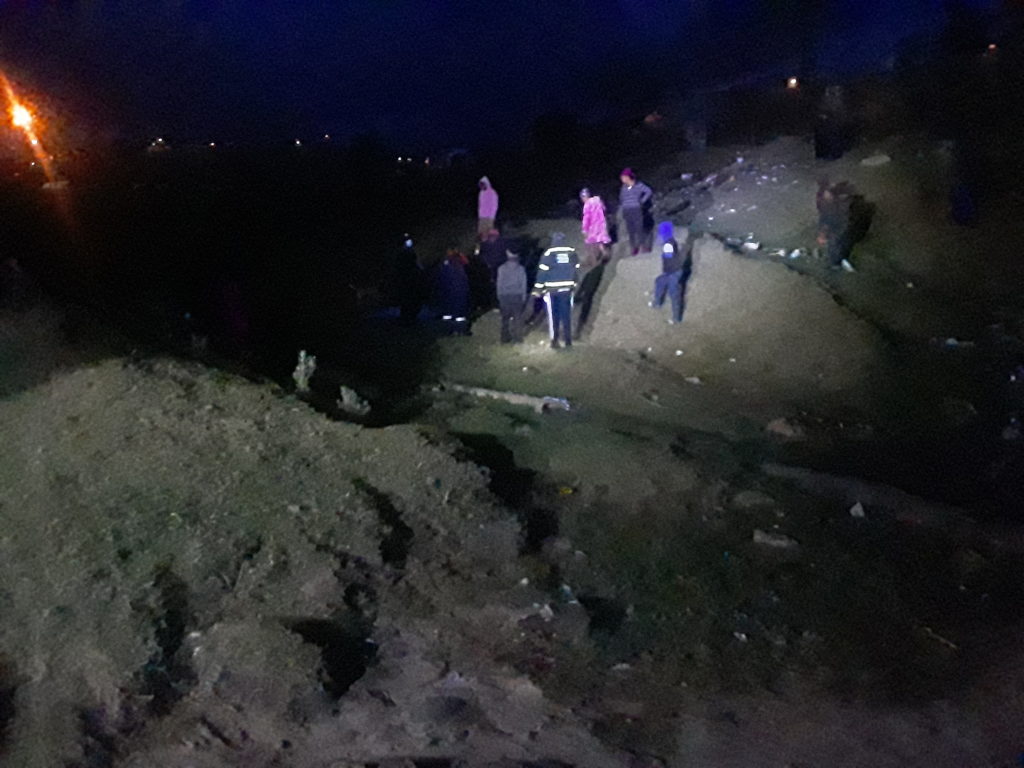 The scene at the Vergenoeg stream on Sunday night after the body of Phillip Bosch was discovered in the water. Photo: Chesley Daniels

The man found dead in a stream on Sunday under mysterious circumstances has been described by his sister as a good, humble, respectful person loved by everyone in the community.

The body of Phillip Bosch, 48, was found in a stream near his home in Valley Road, Vergenoeg, just after 6 pm on Sunday, 3 October.

According to Bosch’s sister Lynette Koeberg, Phillip was last seen Saturday afternoon when he visited Zolani to visit his friends.

“He left the Saturday afternoon and didn’t come home. Normally we expect him to sleep over at his friend’s place, but we didn’t expect the tragic and sad news. It was a total shock to us. What we don’t understand is that he didn’t have shoes on his feet, and his jacket was found metres from his body, close to the garbage.”

According to the family, no one saw what happened to him, and they are struggling to come to terms with his tragic and sudden death.

Lynette described her brother as “a loving and joking person, always full of smiles”.

These sentiments were echoed by many people who knew Bosch in their messages of condolences on social media.

Bosch worked for AJ’s Services for 14 years, since 2007. Erika Jeggels, the co-owner of AJ’s, described Phillip as a very obedient, respectful, and hard worker. “He was always on time, always early at work and easy to work with. We will miss him dearly,” she said.

An ambulance was called to the scene after a resident discovered the body on Sunday. The SAPS arrived at the scene later and opened an inquest for further investigation.

On Saturday, 25 September, a 13-year old boy, Asenele Qomfo, drowned in a construction trench about 50 metres away from the river where Phillip was found.

Previous ArticleCelebrating Makhanda’s black rugby heritage
Next Article If you don’t approve of an MCF councillor’s performance, you can fire them