Why some of our readers are vaccine hesitant 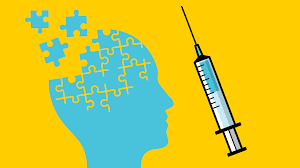 The COVID-19 vaccination is one of the most heavily debated subjects globally. To reduce polarization, we are opting to refer to those who refuse to be vaccinated as vaccine-hesitant, rather than as anti-vaxxers.

No matter which side you are on, it is almost guaranteed you will be on the receiving end of someone’s disapproval. As tensions increase, we find that fewer conversations are happening as lines are drawn in the sand.

To continue the conversation, Grocott’s Mail posted an anonymous survey where individuals could share their views and perspectives on why they are hesitant about vaccines. The survey was completed by 22 of our readers.

The survey results showed that most vaccine hesitancy stems from the possible side effects – many pointed to having “heard scary stories” about serious side effects, including heart-related incidents, moderate flu, body pain, blood clots, neurological disorders and even deaths.

One individual said they are asthmatic and are on chronic medication, which has made them concerned that they will be more likely to react badly to the vaccine.

The World Health Organization (WHO) released an article about the side effects of vaccines, which stated that it is common to experience mild to moderate side effects such as muscle aches and low-grade fever. These are signs that your immune system responds to the antigen (a substance that triggers an immune response) within the vaccine. However, these symptoms usually go away after a few days. WHO stated that less common side effects such as allergic reactions or anaphylaxis are “extremely rare” and that they are closely monitoring unexpected side effects.

Ten out of 22 people stated that they believed the vaccines were “too new” for the long-term effects to yet be known. According to the British Society for Immunology, the swift development of the COVID-19 (SARS-CoV-2 virus) vaccine was due to research of the SARS-CoV-1 virus and virology over many years’ advances in vaccine technology, a large number of volunteers for clinical trials and large-scale scientific collaboration.

Another common theme is that many believe information is being censored and that the opinions of those opposed to or wary of the vaccine have not been given space. This was closely linked to distrust of the government and pharmaceutical companies.

The reasons for this distrust vary, but some common trends were the banning of Ivermectin, the pressure on mainstream media to “hide anti-vaccine information even when this comes from credible sources,” and pharmaceutical companies not being held accountable for injuries due to vaccines.

Sixty per cent of respondents were concerned about the efficacy of the vaccine. Some pointed out that the vaccine does not prevent transmission of the virus. Although vaccines do not stop the transmission of COVID-19, it has been proven that the vaccine reduces the risk of hospitalisation, serious illness, or death. In this sense, the vaccine offers powerful protection and has a positive impact on the healthcare system.

Ten out of 22 respondents said it was a matter of personal choice. Someone stated, “I see it as my body my choice; I’m healthy now.” Another stated that their hesitancy was for religious reasons, saying, “I don’t know if this is what God would want.”

One person expressed their concern around the long-term effect of the vaccination, saying that “it would be wonderful if they worked, but we sadly have less than six months of real data on their long term effectiveness and long term effects.”

According to the World Health Organization, “although there may be a loss of protection against infections by SARS-CoV-2 [as time passes after vaccination], protection against severe disease is likely to be largely retained due to cell-mediated immunity”. This is the main reason for booster shots, which should compensate for waning immunity.

The Centre for Disease Control asserts that long-term side effects from the vaccine are extremely unlikely, as “vaccine monitoring has historically shown that side effects generally happen within six weeks of receiving a vaccine dose.” Accordingly, the FDA required each vaccine to be studied for at least eight weeks after the final dose. The CDC said millions of people had received COVID-19 vaccines, and no long-term side effects have been detected.

There will be some readers who believe these views should not be given a platform. Still, Grocott’s Mail considers it essential that we all appreciate why some are vaccine-hesitant. We hope this will provide an opportunity for some open-minded and constructive discussions, a sharing of ideas and perspectives.

Our disclaimer is that Grocott’s Mail is not commenting on the validity of any of these statements but simply providing a platform for perspectives to be shared.