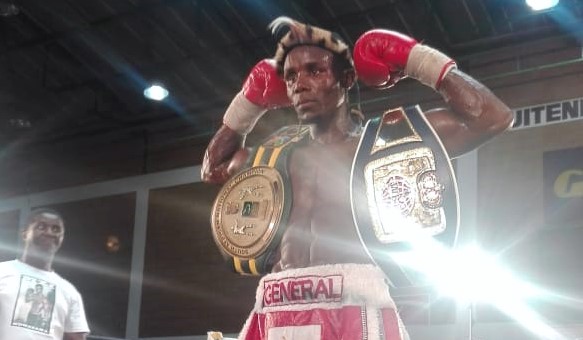 Makhanda’s very own champion Mzoxolo ‘Black Tiger’ Ndwayana will be in the ring on 18 September after a long layoff.

Ndwayana last fought in December when he suffered a fourth-round TKO defeat against old rival Thulani Mbenge in their SA welterweight title fight.

This will be an under card to the Cruiserweight clash between SA’s Tommy Gun Oosthuizen and DRC’s Yousouf Mwanza.

Ndwayana looked very sharp at training. “I have prepared very well for this fight, and I have watched my opponent fight, and I don’t think he will give me problems. He is well built, and he talks too much, but he lacks boxing skills. I will win this one for all the people of Makhanda and make them proud.”