Civic organisation takes its mandate from the people 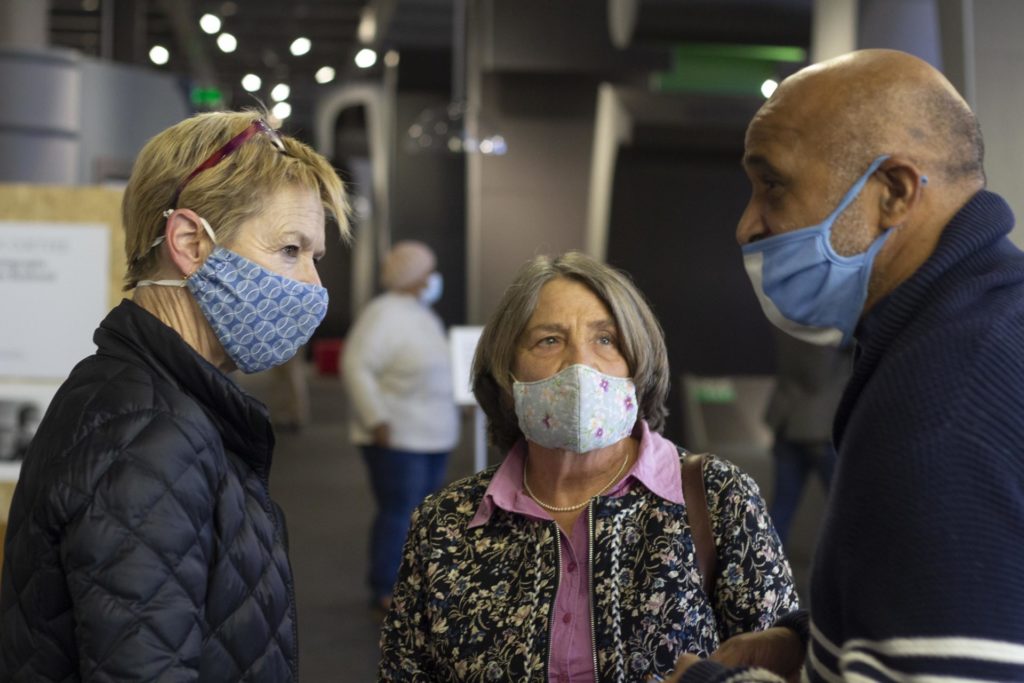 A diverse group of activists tired of living with spilt sewage and without clean drinking water say the “toxic politics of the ANC” have divided them for too long. It is time to unite across races and transform the Makana Local Municipality.

The Makana Citizens’ Front (MCF) plans to contest the local government elections in the Eastern Cape town of Makhanda. It recently launched its campaign plan and released a list of candidates for ward and proportional representation councillors.

“One of the fundamental objectives of the MCF is to unite the people of Makana, both Black and white, Indian and coloured,” says Lungile Mxube, an anti-corruption activist in the Eastern Cape and convenor of the interim management committee of the MCF.

The MCF activists and councillor candidates come from organisations like the Unemployed Peoples’ Movement, Makhanda Wild Hikers Crew, Anti-Crime Forum and Makana Residents’ Association. The candidates include former councillors, a former school principal, an advocate of the high court, people involved in youth and food kitchen projects, and those active against gender-based violence.

All councillor candidates have signed a contract saying that the MCF can recall them should they fail to implement the people’s mandate. “This is unlike in the ANC where councillors do as they please, even stealing food that was meant for the poor during the outbreak of Covid-19 with no consequences. Our candidates will account to their constituents every quarter without fail,” says Mxube.

Several of the candidates emphasised the need for practical accountability during the launch of the MCF election campaign at Makhanda’s Amazwi South African Museum of Literature.

Listening to the people
Ward councillor candidate Mxolisi Ntshiba, an ANC councillor for 11 years in Makhanda in the early 2000s, says the MCF will “introduce the ethics to our workforce needed to do the job diligently”.

“Under the MCF, there will be consequence management. We are not coming into local government with soft gloves. Our people are fed up with what is happening on the ground, and they want to see integrity in their government. They want to see leaders being accountable to their constituency, not to people in certain corners,” Ntshiba says.

Philip Machanick is an MCF proportional representation councillor candidate who teaches computer science at the university currently known as Rhodes University. He says the MCF’s manifesto will be based on listening to the people of Makhanda, “so we keep on reusing the words that we are hearing when we talk to people, so they know they are being included”. The MCF insists its councillors are there to work for the people and not for themselves.

Sally Price-Smith, chairperson of the Makana Residents’ Association and a management committee member, says it is natural for ratepayers to support the MCF. “The lack of oversight of this council is extraordinary. We have been bashing away at consequence management forever and find no traction at all from this council when we try to engage about accountability to the community.”

All the candidates had to show a record of voluntary service before being selected. They also had to show their loyalty and commitment to their communities, especially to children and young people living in Makhanda and in the six surrounding towns that make up the municipality. The candidates’ commitment to change is evident when they speak of the MCF’s core values of empathy, equality, fairness, care, respect, freedom, responsibility and solidarity.

Ayanda Kota, spokesperson for the Unemployed Peoples’ Movement, says through the MCF, the municipality could move out of “[its]shared depression, heal [its]broken body and rise to new heights. Learn to be [its]best self.”

Kota oversaw the registration of the MCF and its councillor candidates with the Independent Electoral Commission recently. He opted not to stand as a candidate, despite his popularity in working-class communities, deciding instead to be part of the management committee and remain in activism, which will oversee holding the MCF councillors accountable.

“Our driving aim is to help create a society where humanity can thrive. There is so much potential waiting to be realised if we all work together for the sake of our shared hopes. We are no longer prepared to sit on our hands, hoping that others will manage our affairs. Never should we have delegated the running of our municipality to those who are not fully committed to the common good,” says Kota.

Youth gets involved
The ward seven councillor candidate is Xolelwa Donyeli, 26. She is active in the Makhanda Wild Hikers Crew, which takes 21km hikes in the nearby mountains and hills and supports food kitchens and sanitary pad collection projects.

“It is our time to stand up. Growing up, seeing how things were here under the ANC, we have not seen any change. There are a lot of youth who need help, but they are not getting any. The same people over and over again are being employed when there are projects. Working together as young people is going to bring more light,” says Donyeli.

“Mama Jane” Bradshaw is another popular addition to the list of MCF councillor candidates. She was active in the anti-apartheid movement from 1972 and was the principal of Amasango School for decades, working on accelerated bridging classes for street children to get those over the common age for their grade back into education.

“It has been politically very difficult. We have a 2010 court order that the Department of Education must build a proper school for street children in Makhanda, but they have defied it, so children are still being educated in disused railway buildings and places like that. I’ve been very involved in getting children to believe they can be loved,” says Bradshaw.

Khungeka Mashiane, an interim management committee member, has managed drop-in centres for orphans for several years. “On the streets of Makhanda, there is hunger, people are starving, and there are no jobs. The government departments do not have the interests of Makhanda’s children at heart, and the future of our children has gone down the drain. The ANC has given up on the people, and their interest is just to loot the money, and there is nothing they are doing for children,” says Mashiane.

Organising the marginalised
According to the MCF’s campaign plan, councillor candidates and activists will undergo training in integrated development planning and spend the next few months setting up local campaign teams of volunteers from their wards.

Public community meetings start from 5 September. The MCF campaign plan document explains that these will focus on “exposing ANC rot, listening and allowing citizens to raise burning issues affecting their lives such as sewage spillages, unemployment, hunger, lack of water, the housing backlog, the piles of refuse and health hazards caused by the dirty and filthy township, crime and gender-based violence.”

The MCF also plans to audit all pensioners, child-headed families, and families with disabled members to deliver specialised services to these groups after the elections.

According to Mxube, housing, health and hunger – the “triple H campaign” – are areas of importance. The MCF also supports a basic income grant and launches a campaign in October focused on improving the working lives of casual, domestic, car guard, construction and farm workers and those in the expanded public works programme.

The front was officially created on 16 June at a public meeting called by working-class residents to plan a way forward after Eastern Cape premier Oscar Mabuyane ignored a three-day shutdown of the town in May and refused to meet residents outside the city hall. The shutdown was over the town’s intermittent water supply, exposed sewage and deep potholes, among a host of other issues residents face.

“A decision was taken at that meeting that an alternative, popular voice was needed so that our people can take the future into their own hands,” says Mxube. Since then, community meetings have taken place at Fingo Square almost every week.

The MCF is a “peoples’ civic movement which aims to organise all those who have been marginalised by the arrogance and corruption of the ANC”, Mxube adds. Anna Majavu is a trade unionist and journalist currently completing a PhD in journalism. She writes for New Frame, a not-for-profit, social justice publication.