The spirit of Charlotte Maxeke 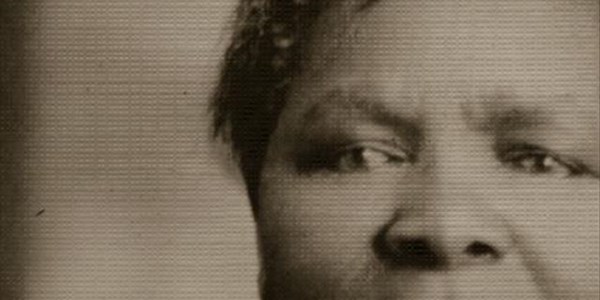 Charlotte Maxeke studied under Pan-Africanist WEB Du Bois at Wilberforce University in Ohio, USA. In 1903, she became the first South African woman to graduate with a university degree.

Rhodes University Registrar Professor Adéle Moodly paid tribute to Maxeke as a “mother of black freedom” during her third annual public lecture on 17 August 2021, attended virtually by her family, friends, colleagues from various universities and the Rhodes University community.

Maxeke set a precedent for women in academia, but the plight of women of colour in tertiary education remains 118 years later, Moodly said.

She said women have only recently – within the last 150 years – accessed higher education. Though this may seem like many years, men have been privileged with access for over 800 years, with universities such as Oxford excluding women for over 700 years. The difference is startling. “Academic positions for women came in the 1920s/1930s, with women accessing positions of full professorships only as recently as the 1940s,” she said.

Moodly said engagement around patriarchy and the resultant shortage of women in leadership within the higher education sector makes people uncomfortable. She quoted the Prime Minister of Iceland, Katrín Jakobsdóttir, “When we have diverse leadership, we make better decisions, and we are more aware that we need to be able to put ourselves in each other’s shoes.”

Moodly added: “Leadership diversity brings new voices into the space. Even though countries like Sweden are leading in terms of women in leadership positions at higher education institutions, globally we still have a long way to go in achieving gender parity.”

Women are fighting institutional cultures of patriarchy and structural barriers to taking up spaces in leadership in higher education. This is exacerbated by the intersectionality of race and gender, with black South African women comprising a mere 9% of professorships.

She pointed to literature that affirmed that the trajectory to leadership in higher education was through scholarly merit. Being a professor was usually a prerequisite to becoming a dean, deputy vice-chancellor, and vice-chancellor.

She challenged the narrative that leadership is burdensome, a loss, a sacrifice, and an unliveable life. She said this was the dominant narrative perpetuated by the writings that speak of the higher education landscape in South Africa. “This narrative is also the reason women are dismissing leadership as a career option”.

Though higher education experienced volatility, it was not in a permanent state of crisis; neither should this define the role of leadership nor women’s role within leadership.  Absent from the narrative were issues of financial gain and positional power. Considering only the challenges, women would feel ashamed, doubtful, and incompetent lest they were seen to fail. We must resist, contest, and change this narrative, making leadership desirable for women, Moodly said.

“Women are judged more harshly, especially black women, women living with disabilities, and women who are members of the LGBTQIA++ community. There is a higher proportion of teaching and a lower proportion of research for women. It is more difficult for women with young children to simultaneously raise their children and focus on their betterment in the higher education realm.

“More women experience unfairness than men, and they have less influence on decisions relating to their work. This is because women do not occupy these positions that give them access to this influence because of fear and uncertainty. Even when women occupy these seats, there are certain layers that a woman must go through just to be taken seriously. The road to leadership is not an easy pathway; it is long, difficult, and tumultuous. There is also a massive power and financial gap.”

She said part of the answer to these challenges is to bring men on board and to form strategic partnerships and collaborations with influential men. She also said policy implementation is important; there cannot be gender-neutral policies have given the barriers and challenges that women face.

Referring to the Moodly-Toni Framework, developed by herself and her research partner, Dr NM Toni (Fort Hare), as a pathway to women in leadership, she said, “We need to look at the gendered spaces and have uncomfortable conversations regarding them. There is a need for interventions in the various stages of women’s career phases. This is how we can build up women towards leadership.”

I am Karabo Dikobe, a third-year Writing and Editing student in the School of Journalism and Media Studies at the University Currently Known as Rhodes.

I am an intersectional feminist and a black queer woman devoted to understanding the world and the country I live in. I am committed to being educated and educating. No story is too small, no issue too complex.