Coldest night yet for Makhanda 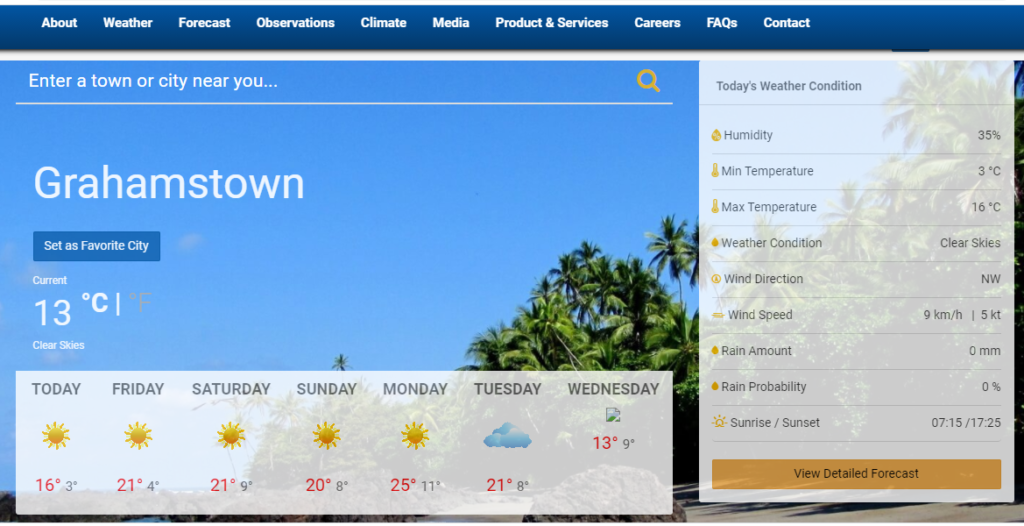 Wednesday night was Makhanda’s coldest this year. And in several other places in the region too, according to SA Weather’s Garth Sampson.

“Last night was the coldest night in places over the Eastern Cape for the YEAR (2021) thus far,” he said this morning.

In his weekly report, Makhanda weather watcher Jim Cambray said, “Only 0.1mm rain/dew and temperatures ranged from 1.3-26C… so last night was our coldest night.”

Molteno, close to Buffelsfontein which recently registered minus-17, shows a minimum for today of minus-10. On Tuesday, four Eastern Cape passes were closed because of snowfalls – Barklky Pass (between Elliot and Barkly East), Penhoek Pass (between Queenstown and Aliwakl North), Wapadsberg Pass (Cradock) and Lootsberg (between Graaff-Reinet and Middleburg), Eastern Cape Transport and Safety spokesperson Unathi Binqose said.

Sampson said the reason for the extremely cold temperatures is “the recent passage of the frontal system with clear skies meaning maximum outgoing [heat]radiation”.

Buffelsfontein farm, near Molteno, has the lowest recorded temperature in South Africa: minus 20.1 C on 23 August 2013.

Previous ArticlePremier Oscar Mabuyane: statement to citizens of the Eastern Cape
Next Article Sisonke: big business and small business need each other now more than ever