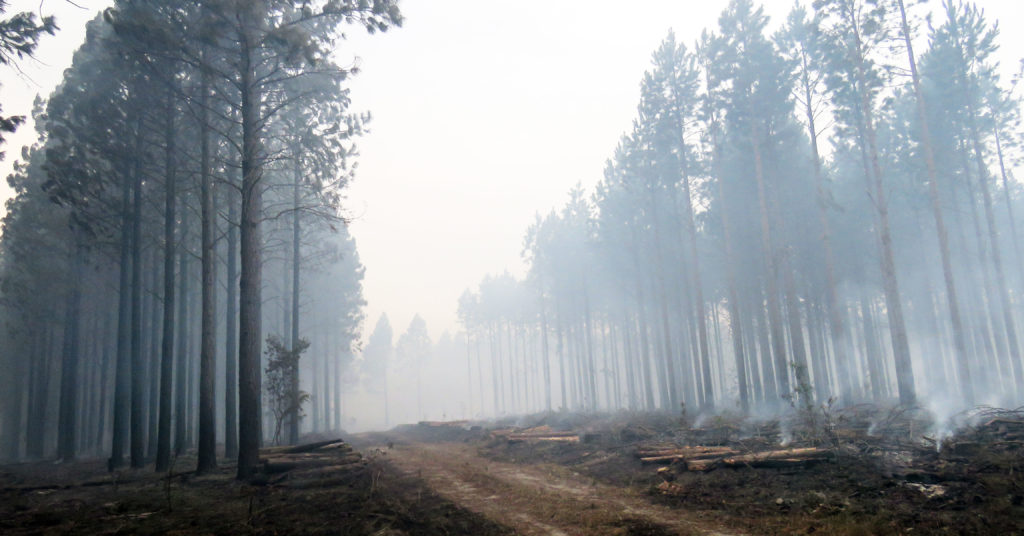 2400ha of forestry plantation in Tsitsikamma were destroyed in fires that are under control after starting on Monday 21 June. Photo supplied

The Tsitsikamma fires that forced authorities to close the N2 on Monday are under control after destroying more than 2 400 ha of forestry plantation. The fires that have kept hundreds of fire fighters busy for four days and three nights started on 21 June 2021 at Coldstream and Koomansbos in the Tsitsikamma.

Five Working on Fire teams (WOF), SanParks and MOT fire fighters together with seven tankers were doing mopping up and patrolling at Coldstream this morning and two WOF teams based in Koomansbos were also mopping up and monitoring, said WOF spokesperson Nthabiseng Mokone.

“The fire is under control and all Southern Cape teams, aerial resources and Sarah Baartman Fire Services were released this morning from this fire,” Mokone said.

“Weather conditions have improved and light drizzle assisted a lot in the fire suppression operations. All efforts will focus to get the fire contained completely under these favourable conditions.”

“To date no fatalities, serious injuries or loss of infrastructure has been reported,” said Mokone.

The police and Traffic Service from Koukamma LM and Provincial had reported that visibility on the N2 was good.

“We’d like to extend our greatest appreciation to all neighbouring agencies and local communities for their continued support and assistance,” Mokone said.