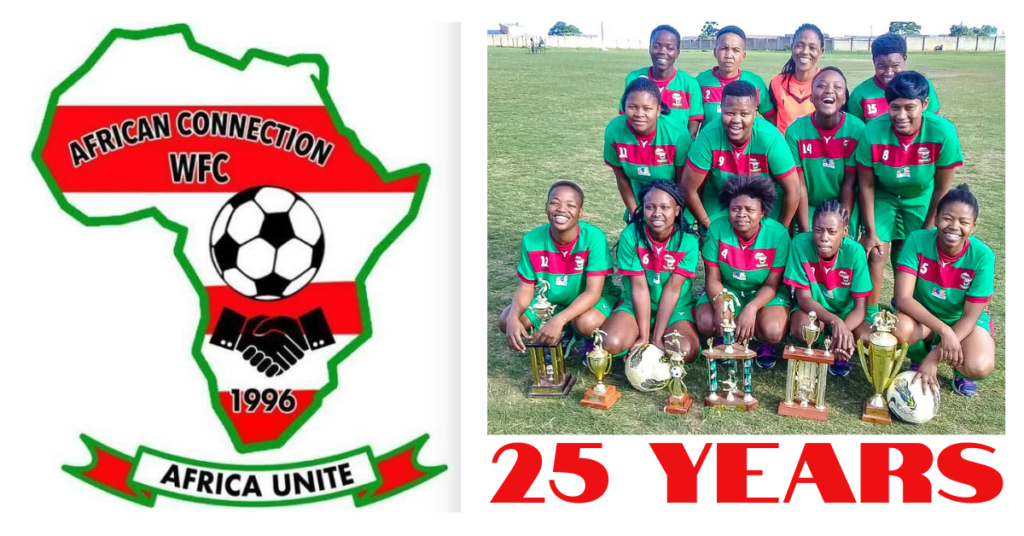 African Connection women’s football club is a beacon of light in Makhanda.

Chris Totobela recognised a need in our town – and 25 years ago he acted on it. Long before women’s sport was properly recognised in South Africa, Chris started African Connection, a women’s soccer club based in Joza.

Chris is no stranger to the benefits of soccer. At age 10 he started a local under 11 club, Soccer Chiefs. Five years later, aged 15, he formed Joza Bushbucks, which won every trophy on offer in the then Joza Soccer Board. In 1996 he chose a different route and formed what has gone on to become the strongest women’s soccer team in the region, African Connection.

African Connection is more than just a soccer club. Chris recognised a broader need in his community. For those girls who could not play soccer yet still desired to belong to a team, African Connection offers dance, a gospel group, drama, a street children’s rehabilitation programme and more.

African Connection has gone on to impressive achievements. These include winning the Mayor’s cup three times in a row, winner of the Cacadu Municipalities’ games, runners-up in the Halala Cup with promotion to the Vodacom League. Unfortunately, financial constraints prevented the team from finishing the league. The team also won the Absa Safa-Cacadu region seven years in a row.

In 1997 Chris’ efforts attracted national attention and he became a finalist in the Old Mutual, SABC, and Sowetan Community builder of the Year Award, the first person in Grahamstown at the time to get national recognition. Chris’ achievements include coaching the Grahamstown selected and Cacadu selected soccer teams; winning the Makana Industrial League as coach for Shoprite Checkers workers’ teams two years running; winning the Cacadu Regional League seven years in a row as coach for African Connection; and coaching the Rhodes University Women’s soccer team to one of their best seasons ever.

Chris plans on hosting a 25th anniversary dinner at the end of August 2021 to acknowledge the men and women who have each in their own way contributed to the successes of African Connection, as well as the team members themselves: between 100 and 120 people.

Chris and African Connection are asking for financial or other assistance. Venue hire for example, in order to host the dinner. If you are in a position to assist in the making this event happen, it will be greatly appreciated by Chris, the members of African Connection and all the stakeholders involved.

Should you wish to make as donation to support the club’s work, or this event, please call Chris at 0737805632 or email ctotobela@gmail.com

Previous ArticleBuilders step in for People with Disabilities
Next Article Clean and green, from res to town