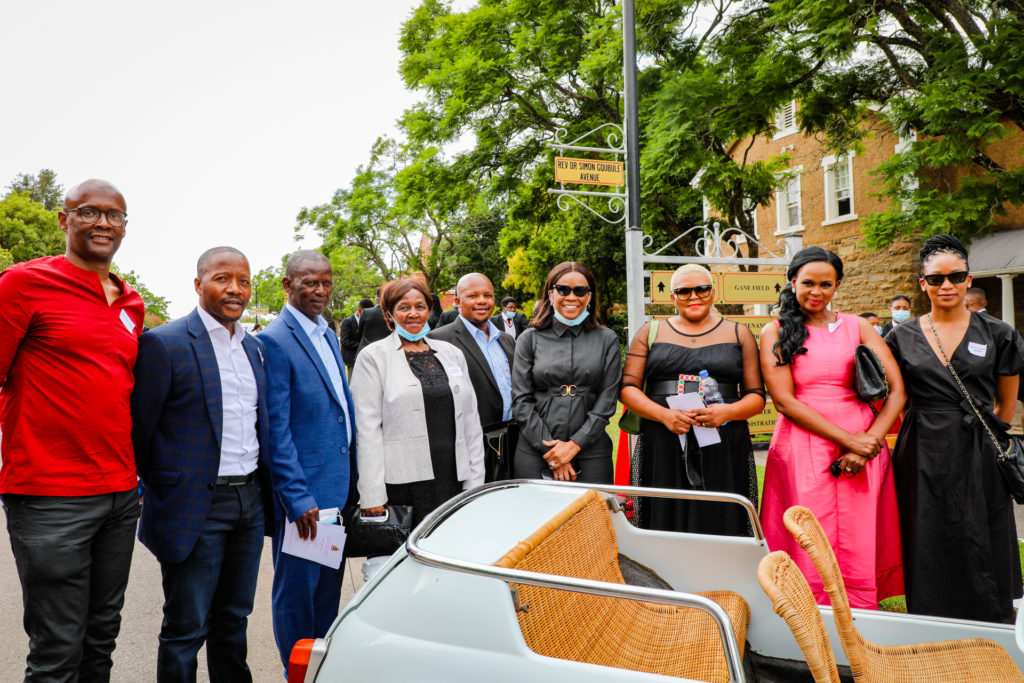 The ceremony took place after the school’s Foundation Day Chapel Service, presided over by Bishop Freemantle and was attended by the congregation.

Explaining the significance of renaming Burton Street, Chairperson of the Kingswood College Council Warrick Strachan said it was not an attempt to erase the past, but “continuing our journey, into the future with the grace, vision, passion for education and zest for life that embodied the man that was Simon Gqubule.”

Gqubule was on the Kingswood College Council from 2001 to 2011 as the Presiding Bishop’s nominee. His achievements include the National Order of Luthuli in Silver for his contribution to the liberation struggle and the fields of education and religion; the NMMU Council Prestige Award; the distinguished Old Rhodian Award; the Matthew Goniwe Excellence Award and honorary doctorates from UNISA, Rhodes and Fort Hare.
He was president of the Convocation of Rhodes University for 16 years.

A tribute by his family described him as “a humanist with a love for the classics, the liberal arts, philosophy, theology and loved to know about all forms of human progress”.

In a statement after the renaming, the school said, “Kingswood is a Methodist school, with Methodist roots and the Chapel is the heart of our school. It is then fitting that the road that runs through our main campus, be named after a distinguished former Methodist Presiding Bishop – a person who was also an astute academic who valued and contributed greatly to the education of young people.”

Previous ArticleHow to lodge a complaint with the Tax Ombud
Next Article Gelukkige verjaarsdag, Einstein!