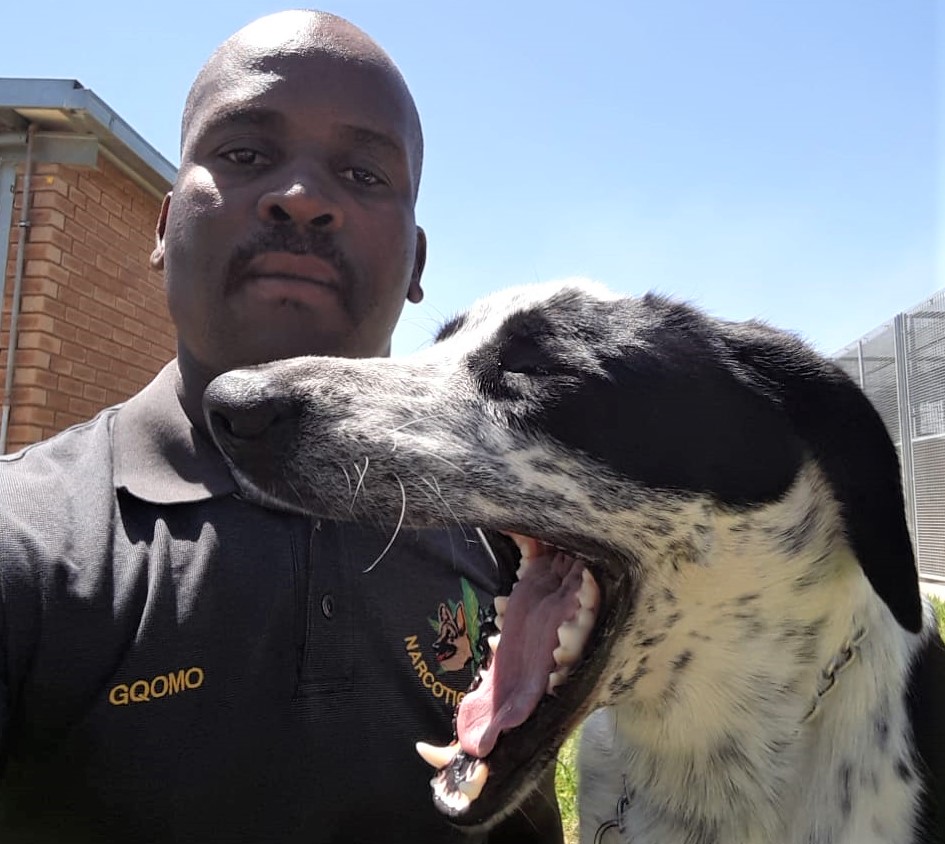 A 36-year-old woman was arrested and R300 000 of drugs seized from her N Street, Tantyi home in Makhanda on Wednesday 17 February. Grahamstown Narcotic K9 Bayley and his handler Sergeant Stembele Gqomo were part of the team who conducted the search and arrest operation.

“Bayley displayed enthusiasm throughout and led the team to a consignment of drugs including mandrax, tik and ‘rock’, also known as crack cocaine,” police spokesperson Captain Mali Govender said.

“Our four legged partners constantly prove to be one of our most valuable resources during operations. Bayley and all his K9 colleagues have been loyal and faithful in the execution of their duties and each of need a special commendation,” Lebok said.

“Over the last couple of weeks, our teams from the district have made several arrests and seized over a R1m worth of drugs. These drugs are contributing to a number of crimes including, rapes, murders, robberies and thefts. Campaigns to create awareness on the uses and its effects on society are being conducted on a regular basis. These operations are ongoing and eventually we will rid the streets of these drugs,” said Brigadier Lebok.

The woman faces a charge of possession of drugs, and will appear in the local magistrate’s court this week.