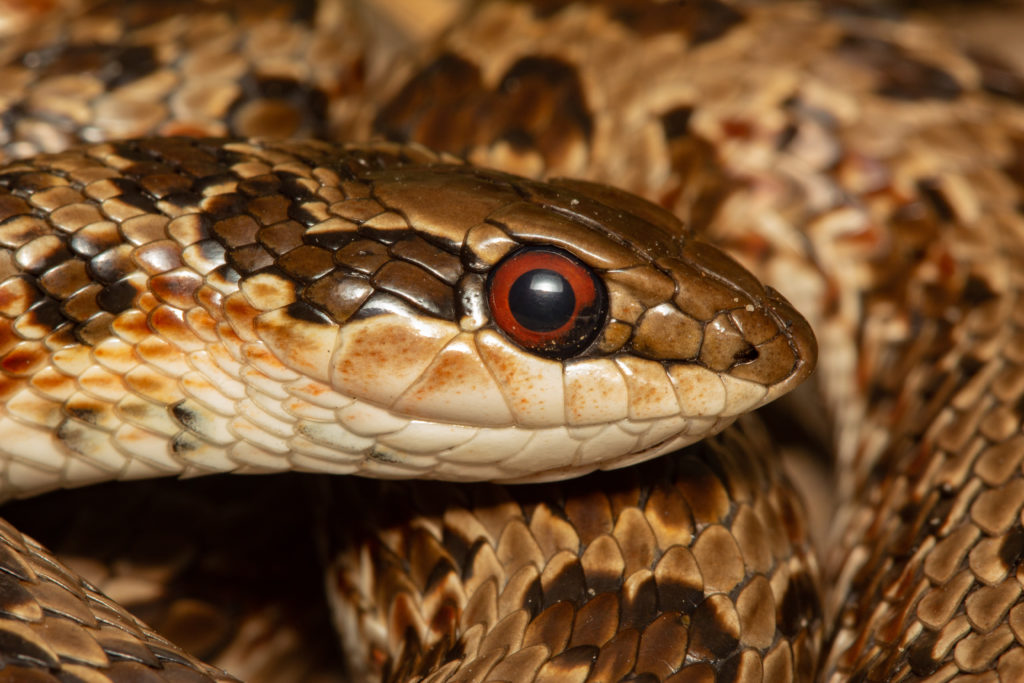 CHAD KEATES
Recently, a multinational team of herpetologists (reptile scientists) discovered both a new species and genus of snake in Africa. Both were named in honour of local giants of the African snake world, Dr Christopher Kelly and Professor William (Bill) Branch, respectively.

The animals in question belong to a large group of snakes called Psammophiinae, that can be found from the Cape of Good of Hope all the way to Uzbekistan. While widespread and abundant, the taxonomy (classification) of this group remains unresolved, a result of the striking similarity of the snakes within this group.

Genetics, thus, plays a crucial role in the delineation of cryptic animals as it allows scientists to peer beneath the scales, at the genetic code, uncovering differences invisible to the naked eye. This is exactly what we did – Werner Conradie (Port Elizabeth Museum), Eli Greenbaum (University of Texas at El Paso), Shelley Edwards and me (Rhodes University) when we conducted a molecular study of Psammophylax, late last year. Psammophylax, a genus of Psammophiinae restricted to Africa, plays host to six species, two of which can be found in South Africa, and one in Makhanda. The spotted skaapsteker/ grass snake (Psammophylax rhombeatus) is one of the most abundant snakes in Makhanda, and while mildly venomous, poses absolutely no threat to humans. They are commonly referred to as ‘skaapstekers’ for the erroneous belief that they bite and kill sheep.

Our research represents the most comprehensive study of the genus to date, incorporating not only genetics, but head and scale structure analysis as well. The result was one new species and one new genus.

The species, Psammophylax kellyi (Tanzanian Grass Snake), was named in honour of Dr Christopher Kelly, a well-known Biology Teacher from Graeme College. Before his time as a teacher, Dr Kelly was a very accomplished snake geneticist with countless high-impact scientific papers to his name. His work on the Psammophiinae formed the backbone of this research, and without the samples that Dr Kelly collected, years before, the research and the species description would not have been possible.

A look at the head structure of snakes within Psammophylax made it clear that one species did not quite belong. With its broad, blunt head and pointed snout, the beaked skaapsteker stuck out like a sore thumb. Supported by genetics, a new genus, Kladirostratus, was described to house the species, bestowing upon it a new name, Branch’s Beaked Snake, in honour of the late Professor Branch, one of the greatest herpetologists to ever pick up a hook stick. Sadly, Professor Branch passed away early last year, but his legacy lives on in his teachings and his countless publications. Author of the best-selling, Field Guide to Snakes and other Reptiles of Southern Africa, Professor Branch lives on in the bookshelves of thousands of naturalists. Closer to home, he is co-author to the reptile and amphibian chapter of the upcoming, Field Guide to the Natural and Cultural History of Grahamstown / Makhanda, put together by WESSA Makhanda.

The paper entitled: ‘A snake in the grass: Genetic structuring of the widespread African grass snake (Psammophylax Fitzinger 1843), with the description of a new genus and a new species’, can be found at https://bit.ly/2BvQiSt for all those interested in learning more about Psammophylax.

Glossary:
Genus: a principal taxonomic category that ranks above species and below family, and is denoted by a capitalized Latin name, e.g. Leo.
Species: a group of living organisms consisting of similar individuals capable of exchanging genes or interbreeding. The species is the principal natural taxonomic unit, ranking below a genus and denoted by a Latin binomial, e.g. Homo sapiens.
Taxonomy: the branch of science concerned with classification, especially of organisms; systematics.