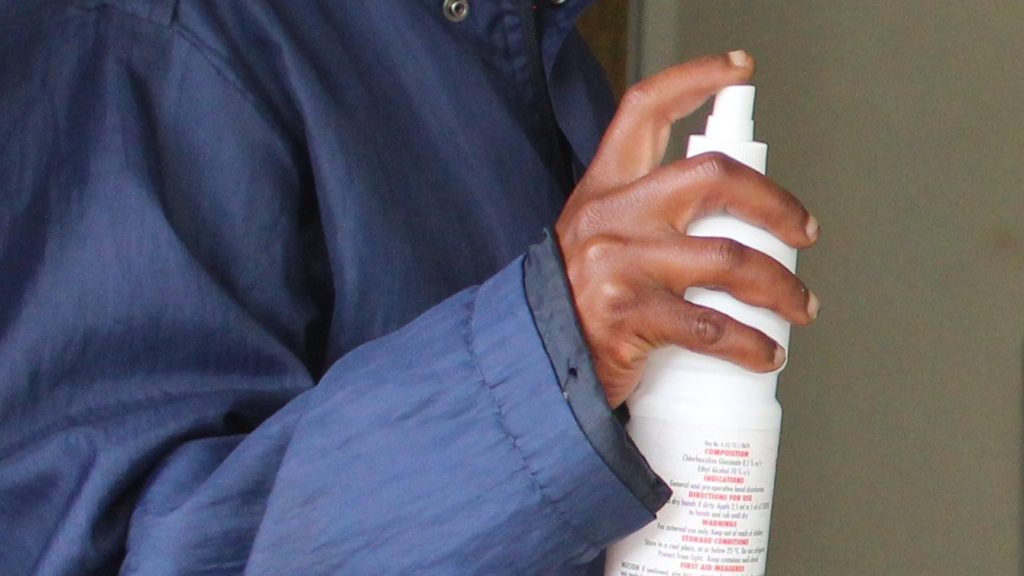 Unions have backed frightened staff, who say their working conditions at Makhanda hospitals under the Covid-19 pandemic aren't safe.

“’We would rather accompany you to a disciplinary inquiry than bury you in your grave.’ That’s what we are telling workers,” says Nehawu’s Provincial Secretary Miki Jaceni.

Unions have vowed to stand by workers in Makhanda’s medical facilities, who say they haven’t been properly equipped. As case numbers rise rapidly among local health workers, so do their fears and concerns.

The National Education, Health and Allied Workers Union has advised frontline workers in the province’s hospitals not to work where they don’t have appropriate personal protective equipment. Jaceni emphasised that his comments did not refer specifically to Settlers or Fort England in Makhanda, but to provincial health facilities in general.

However, staff at Fort England this month raised the alarm about working conditions at the hospital.

A health care worker said the first case was reported at the hospital on 11 June. Just over a week later, on 22 June, there were 25 cases.

Another source said that two days later, there were 40 cases.

“Instead of isolating at home, staff who have been in contact with positive cases are told to remain at work until their results come, Meaning they [potentially]infect even more people.

“How can you make people work who are waiting for their results – yet they were in contact with positive cases? The only way is to blackmail them to work.

“Even worse, staff with underlying conditions like high blood pressure and diabetes are being required to work in those infected wards.”

The worker said PPE was insufficient.

“A surgical mask’s life span is four hours,” they said. “But we get one mask a week to wear.

“Up until today, the CEO hasn’t addressed us as a leader to tell us the plan of action. We must just come to work as if there’s nothing wrong.

“She also said if we came into contact with an infected person we must go to our private doctor if we wanted to be tested. So now we have to use our medical aid, but it’s the employer who is supposed to pay because this is actually IOD [injured on duty].”

Another source claimed that early in the spike of cases at Fort England, cleaners had been forced to disinfect a ward where there were already seven cases, instead of bringing in a qualified service provider.

“No appropriate PPE was provided for this either,” the source said.

They claimed the CEO had told them if they were frightened to work there under those conditions, they should take unpaid leave or resign.

Jaceni said health workers were frightened and ill-equipped to deal with the psychological stresses of working in a pandemic.

“I will not lie. Even with their nurses’ and doctors’ training, we were overwhelmed by this Covid because of the manner in which it came into being, it caught us unprepared.

“You will have seen the situation in Mthatha. When nurses were shown their results, they cried. Now you tell me, a general worker who does not have that training, how much more frightened would they be?

“The trouble is that when this thing started, there was no comprehensive strategy to [provide psychological support for]those who must provide this service.

Empathy from management would go a long way, Jaceni said.

“Management should develop the skill of taking an interest in workers’ lives. Sometimes this tendency to defend everything if you now you did not do enough to protect workers, it must come to an end,” Jaceni said.

“Some of them would want to force staff to work under appalling conditions.

“We would rather accompany you to a disciplinary inquiry than bury you in your grave.”

“These people go back from work to their respective families. And they infect their family. That’s why we’ve become so concerned about what is supplied,” said Jaceni. “Workers are going to their graves instead of back home.

“We are saying is that whatever PPE is there, it must be the relevant PPE.”

This should be determined the institution’s Occupational Health and Safety committee consisting of unions, management and other relevant stakeholders.

“They must all be convinced that the safety of workers has been taken care of.”

Jaceni believes hospital managers don’t understand the quality and quantity that should be ordered.

“In some places, these come in small quantities and frontline workers are expected to wear them for almost a week. An ordinary mask cannot be worn for a week. It must be changed regularly.”

Grocott’s Mail asked Jaceni what is necessary to make working conditions better for frontline workers in our health systems.

“Education, transparency and leadership from management and government, and private sector support for hospitals,” Jaceni said.

“Proper precautionary measures must be in place at the hospital because Covid now is no longer in our spaces; it is right there in the hospitals.”

Grocott’s Mail understands that Hospersa wrote to the CEO raising various concerns. A request for comment from that union was not responded to.

Questions and requests for comment sent to the Province on Wednesday 1 July remained unanswered by Friday 3 July.

Oversight visit by the DA

In a statement issued following an oversight visit to Fort England this week, MPL Jane Cowley reported as follows: