A nose for conservation 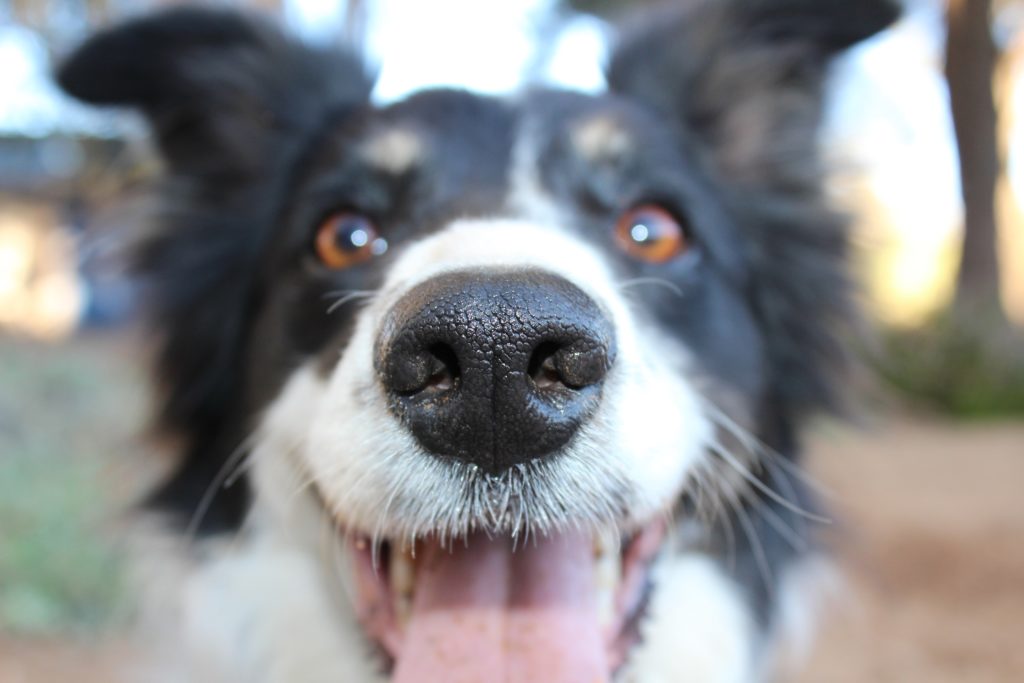 Jessie the Border Collie, scent detection dog, on a mission to save some of South Africa’s critically endangered species. Photo: Esther Matthew

Countries around the globe are observing Endangered Species Month, and taking stock of the successes achieved and work left to be done in the fight to protect endangered, threatened and at-risk species.

“The global fight against the Coronavirus (COVID-19) pandemic is ushering in a new era of cooperation among nations. Hopefully, this collaborative spirit also spreads to other areas requiring a concerted worldwide effort to battle wildlife trafficking, poaching, and the destruction of the habitat of at-risk species, which all emanate in the decimation of wildlife populations globally,” said Matt Robertson, Veterinarian at Orijen South Africa, which sponsors dog food for the project.

As part of the College’s learning by doing approach to training and since becoming operational in February 2019, these free tracking dogs have saved approximately 45 rhinos and have led to arrests of over 140 poachers.

“Orijen South Africa is proud to be partnering with the Southern African Wildlife College in support of its four-tiered approach to counter-poaching, which includes well-trained field rangers, a K9 capacity, aerial support as well as community engagement. The tiers are symbiotic, but the game-changer has been the free-running dogs. The dogs are able to track poachers down at much faster speeds than any human can while using their incredible sense of smell to stay on track,” says Robertson.

The company also supports the CapeNature Conservation Detection Dog project, which helps conserve the critically endangered geometric tortoise, Psammobates geometricus, that became endangered due to competition for habitat with development and agriculture.

“Detection dogs Brin and Jamie have found thousands of tortoises over a seven-year period across the Western Cape. Both dogs are trained to find no less than five species of tortoises, each of which have their own unique scent and have also been trained to locate the critically endangered toadlet (Rose’s mountain toadlet).

“These four-legged conservation heroes have participated in numerous search and rescue operations, salvaging tortoises from death by fire, lack of food and water from the drought and even bulldozers when a piece of land they live on is being developed,” said Vicki Hudson, Conservation Intelligence Manager at the CapeNature Conservation Detection project. Matthew explained that Jessie has been used to find African Giant Bullfrogs (Pyxicephalus adspersus) underground and is currently being used to find the Critically Endangered Riverine Rabbit (Bunolagus monticularis).  Some of their future conservation research projects will include the Golden Mole and the Karoo Dwarf tortoise.

“Through our support of these crucial local initiatives and the brave men, women and four-legged conservation heroes helping to save South Africa’s natural heritage, we hope to play a part in helping to preserve these species for generations to come,” said Robertson.