Plan for Covid-19 facility on hold after Fingo Village protests 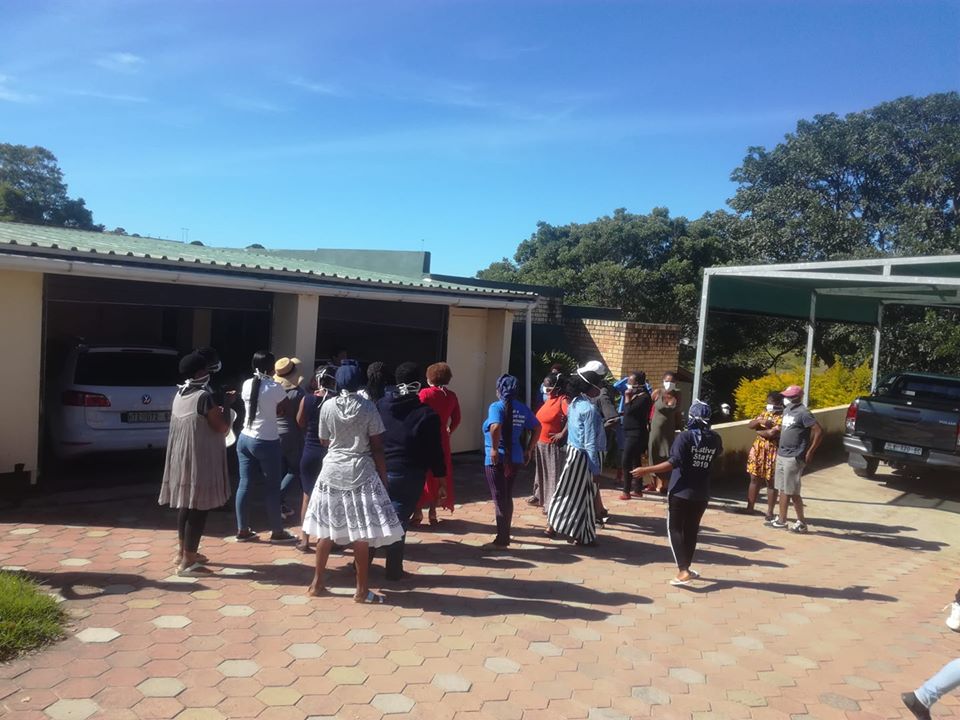 By JULIAN JACOBS and SUE MACLENNAN

The Department of Health has put on hold a plan to equip Temba TB Hospital in Fingo Village as a quarantine site for Covid-19 patients, following objections from the surrounding community.

A large group of protesters from the Fingo community near Temba Hospital protested outside its gates on Friday, 1 May, after hearing that the hospital would be used for Covid-19 patients.

Local community leaders who were eventually allowed inside the facility, where they expressed their concerns about the reported move by the Department of Health about using the hospital as a COvid-19 treatment facility.

Later comments on Facebook about the move later revealed fears about the safety of the surrounding community.

“This is really not safe and if anyone who will be taking care of those people get it by mistake and goes out I tell you most people will be affected. Our town is so small,” one Facebook user commented.

Others countered that one had more chance of contracting Covid-19 standing in a queue without social distancing at one of the city’s supermarkets.

However, community leaders fear the move supports a different agenda.

“We see this as an ongoing attempt to close the TB Hospital,” said the Unemployed People’s Movement’s Ayanda Kota. “The logic of closing the hospital is not different from the closure of schools by the same politicians.”

Lunga Ntshebe, the manager of the Grahamstown TB Care Society and landlord of the property and a board member of the hospital, spoke to Grocotts Mail about what took place at the hospital. He said the community had heard about the pending meeting between board members and staff of the hospital with Department of Health officials from Bisho about making Temba Hospital a site for coronavirus patients.

Community members were adamant that this is not what they wanted and that the current TB patients on site had to remain at the hospital.

“They indicated that sending patients away to Settlers Hospital and a hospital in Port Alfred was non-negotiable and the staff members indicated that they did not want to move away from the hospital either,” he said.

Ntshebe said it was not certain, however, that Covid-19 patients would be coming to Temba Hospital. “My understanding was that the people from Bhisho did not properly explain to the nurses and other staff around this matter. No one was sure what kind of coronavirus patients were coming here and naturally people talk and word got out to the community,” he said.

Spokesperson for the Department of Health Sizwe Kupelo confirmed that there were plans to convert Temba into a treatment centre “for well Covid-19 patients”; however, this had been put on hold.

“Due to misinformation and irrational fears, the community has reacted very negatively to this plan, to the extent that the Department has put the plan on hold for now,” Kupelo said.

Asked about the number of TB patients currently at the facility, Kupelo said “Currently, after the discharge of stable patients, there are seven remaining TB patients at Temba. These patients can either remain in the ‘upper wing’ (20 beds) of the hospital, while the ‘lower wing’ (40 beds) is used for COVID patients, or they can be decanted either to home care or hospital care at neighbouring Settlers Hospital, depending on their individual health status.”

The Herald meanwhile reported that staff at Empilweni TB Hospital in New Brighton, Port Elizabeth, downed tools this week in protest against the facility being converted into a Covid-19 quarantine centre. In a list of grievances, staff had expressed concern that TB, a national crisis, was being neglected during preparations for Covid-19.