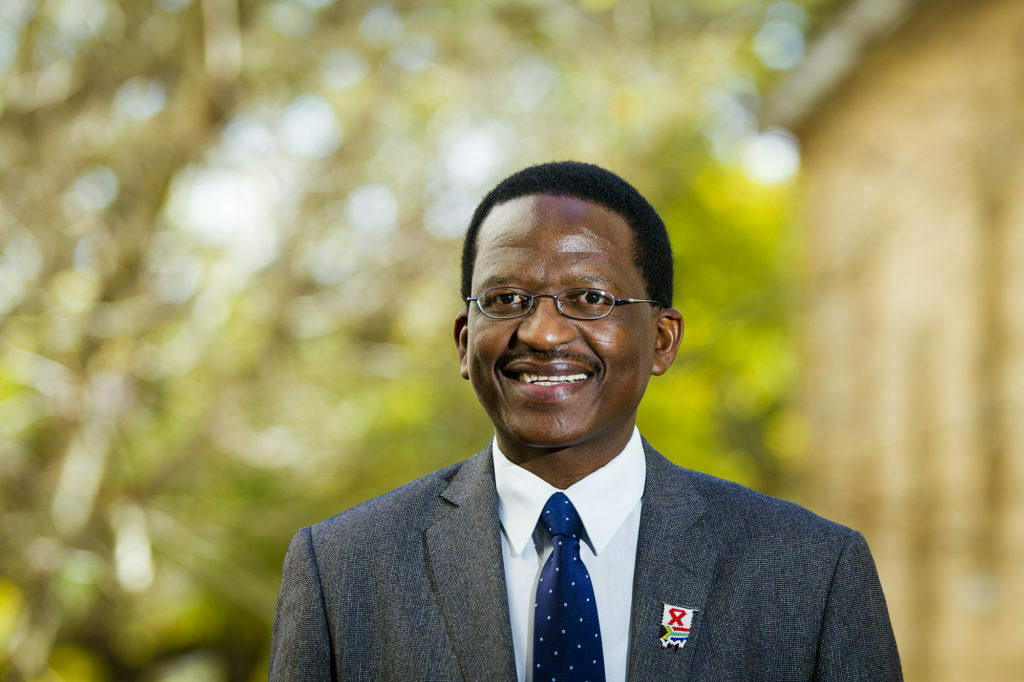 Rhodes University Vice Chancellor,  Dr Sizwe Mabizela, has pledged 33% of his salary for three months to the COVID-19 Relief Fund. This is in response to President Cyril Ramaphosa’s call to cushion the impact of the pandemic in the country. Mabizela said his salary cut would go towards personal protective equipment for frontline workers in “the greatest health challenge in living memory”.

Mabizela’s commitment follows the one-third cut to Cabinet salaries announced by the President this week and comes as Chief Justice Mogoeng Mogoeng and his Deputy Raymond Zondo have called on their fellow judicial officers and the broader South African public to show compassion and generosity to those in need during the country’s nationwide lockdown.

The Chief Justice and the Deputy Chief Justice’s call follows the President call to all who can afford to, to donate a part of their salary in bid to alleviate the financial strain on millions of households and families.

Judges and Magistrates do not owe their positions to any central command structure that could take decisions relating to their salaries on their behalf; however, the Office of the Chief Justice called for solidarity.

“It is absolutely necessary for all South Africans who are able to do so to make whatever contribution they can to the alleviation of these hardships in any way they consider most effective,” said the Office of the Chief Justice in a statement on Saturday.

“One way of doing so would be to identify and assist families in dire need of basic necessities or financial assistance without contravening the lockdown regulations,”

Other practical steps suggested by the Office of the Chief Justice include sending money to identified families through electronic transfer such as eWallet, CashSend etc or, once again in strict compliance with the lockdown regulations, arranging to meet at a store with a representative of an identified family and buying basic necessities for them.

“Another way would be to pay money into the Solidarity Fund from one’s reserves or to commit a percentage of one’s salary to that fund or a combination of the above, as one’s personal circumstances may permit,” read the statement.

in his address to the nation at the Union Buildings in Pretoria on Thursday, the President a one-third salary cut for himself, the Deputy President, Ministers, their deputies and Premiers.

The money would go into the Solidarity Fund that had been set up to fight the coronavirus pandemic.

in his address on Thursday night, the President said this would apply for the next three months.

“In support of this effort we have decided that the president, the deputy president ministers and deputy ministers will each take a one third cut in their salaries for the next three months this portion of their salaries will be donated to the solidarity fund. We are calling on other public office bearers and executives of large companies to make similar gesture and further increase the reach of this national effort,” Ramaphosa said.

Here in Makhanda, Rhodes University’s Vice Chancellor Dr Sizwe Mabizela said, “I have committed to support the courageous,  dedicated and selfless frontline health workers through the purchase of personal protective equipment (PPE). To this end, I will contribute one-third of my salary for three months in the Solidarity Fund.

“Covid-19 is the greatest health challenge in living memory.  The heroism, bravery and selfless service of frontline health workers who expose their lives and those of their loved ones to great risk to save others must be applauded. They place their vocation and care for others ahead of their personal health risks. They deserve to be protected from such exposure to risk.” – Additional reporting from SAnews.gov.za
Previous ArticleMakana health services prepare for Covid-19
Next Article Health minister backs call for face masks as Makana campaign gathers speed