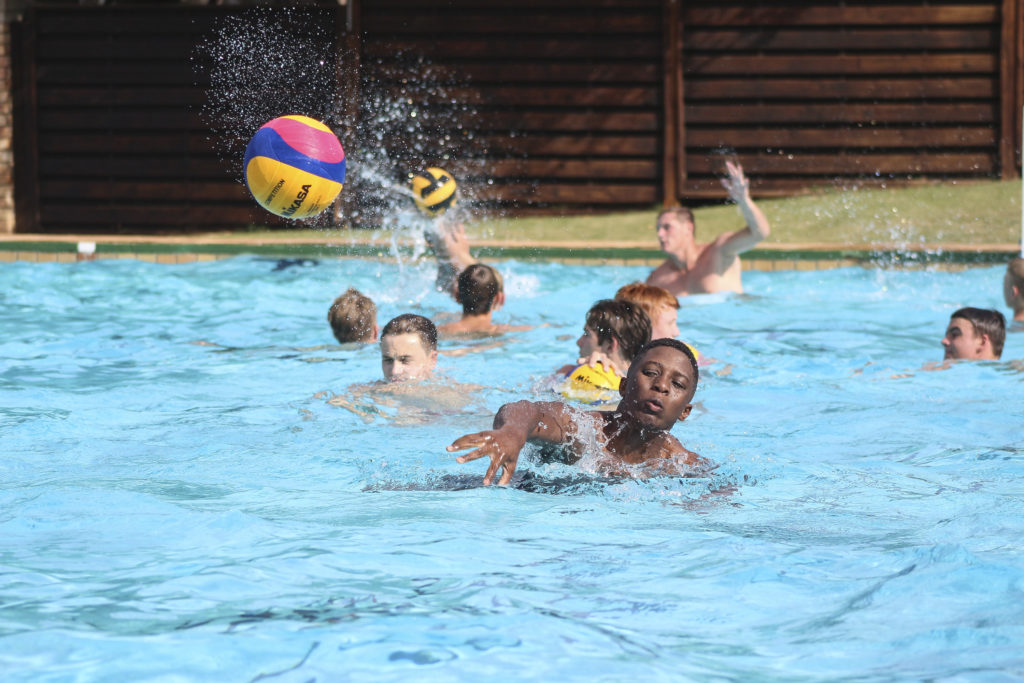 Busang Mmile of St Andrew's College takes a shot at goal during the St Andrew's water polo camp which took place from 12 to 16 January.

In the initial group stages both teams struggled to find continuity due to late team changes and were
not able to put together more than a chukka of quality polo. However, by Saturday afternoon, both
teams had become more familiar with each other and the intensity of the competition and produced
some pleasing play and better results.

It was however a little bit too late to change the major position that they could achieve in the
tournament and both teams ended up playing the knock-out part of the tournament in the bottom
half of the draw.

The third team had a pleasing win in their last game and ended up placing 11th overall while the
second team beat Woodridge to secure 9th position.

Grey PE u15 Tournament
The St Andrew’s College U15A water polo side participated in the Grey Tournament over the
weekend.
In the pool section the results were:
Against Selborne won 5-2
Grey B won 12-0
Pearson won 9-2
Grey Bloem Lost 2-3
Kingswood won 15-1
In the quarter-final against Wynberg Boys, St Andrew’s won 9 -5
In the Semi-final, St Andrew’s lost to Paarl Roos 3-6
St Andrew’s beat Selborne 6-3 in the playoff’s to end 3rd.