Thrills as league kicks off 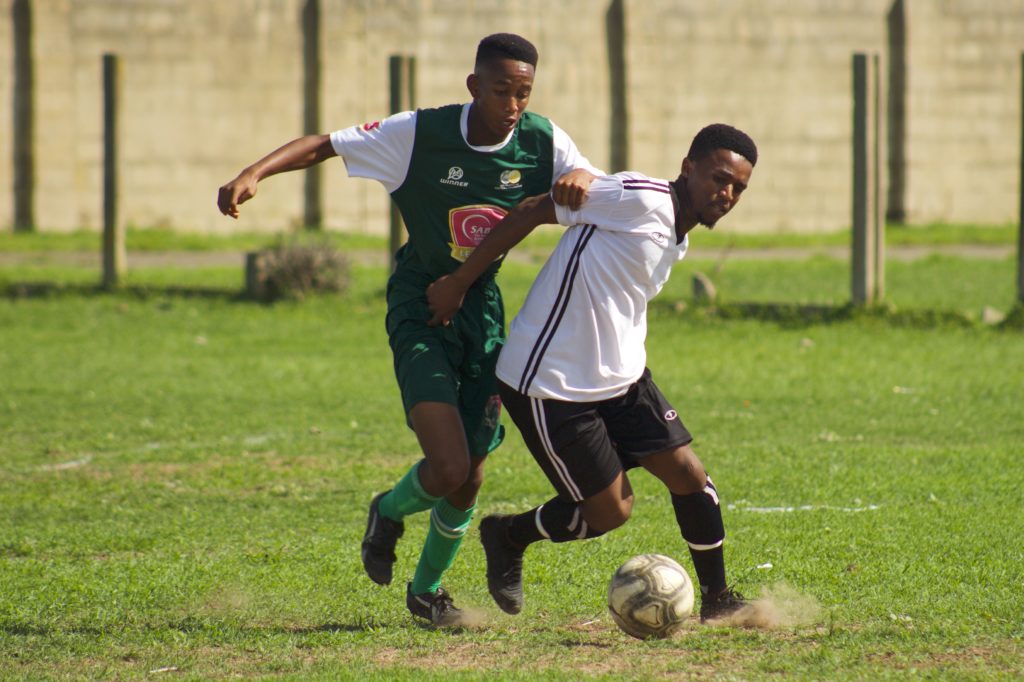 By CHRIS TOTOBELA
This past weekend was a very exciting one for local football lovers who came in numbers to support their teams. First up on Saturday were the Makana LFA Premier league games followed by the SAB regional league local derby. In the first game, Newtown City nearly squandered a two-goal lead when they allowed Love and Peace back into the game – but edged them out by 3-2 in the end.

The 6SAI Army team eased past Cameroon by five goals to three while Grahamstown United continued with their winning streak, beating Joza Callies by four unanswered goals. In the main game of the day, City Pirates clashed with Makana Pillars in the SAB regional league encounter. The game started with both teams trying to get control of matters – but it was Pillars who created clear-cut chances.

Pillars took an early lead when Zukisani Zamani pounced on a defensive blunder and punished Pirates with a stunning close range shot that left the keeper with no chance. Pirates were on the back foot, while Pillars had the better of the early exchanges. Pillars doubled their lead when Zukisani caught the Pirates defence napping and took a left-footed ground shot that went past the keeper to the back of the net to extend their lead. Pirates looked confused and struggled to put three passes together and fumbled through the entire first half.

They were thrown a lifeline when the referee awarded them a spot kick when the keeper brought down the striker inside the box. Malibongwe Hempe’s penalty strike was saved by the keeper. Both teams went to the halftime break with Pillars leading their opponents 2-0. In the second half, Pillars continued with their high-pressure game and forced Pirates to make more silly mistakes.

Pillars got their third goal and Zamani’s hat-trick. Pirates pulled one back soon after conceding a third one. Pirates made some changes and tried to take the game to Pillars, but the lack of composure in the final third let them down. The final score was 3-1 to Pillars.

Attackers took advantage of the youthful Sophia Stars by two goals to nil while 6SAI edged Joza Callies by 3-2.