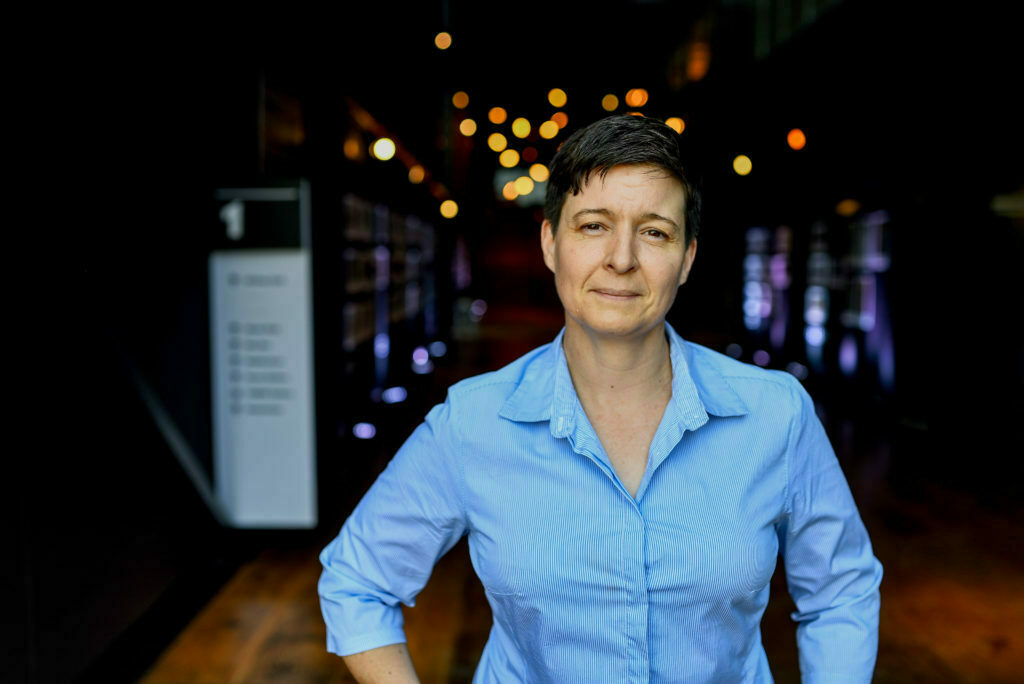 The National Arts Festival this week announced the appointment of Monica Newton as the organisation’s new CEO. Newton steps into the position on 1 January 2020 and will be relocating to Makhanda to fulfil her role.

Says Chairman of the National Arts Festival Board, Ayanda Mjekula, “We are very pleased that Monica has accepted the position of CEO. Not only is her experience of working in the arts sector extensive but she also brings institutional and business insight that is an absolute asset to us. We look forward to having her lead the Festival forward.”

Newton expressed her gratitude to the board and remarked on the task ahead, “The National Arts Festival makes a major contribution to the arts ecosystem in South Africa, and like all things in the current cultural, economic and social climate, must adapt to prevailing conditions. The Festival, and in fact all the activities initiated by the Grahamstown Foundation, are also fundamental to the economic and social fabric of the City of Makhanda and the surrounding areas.

“The task of ensuring that the Festival and all activities contribute meaningfully, sustainably and responsibly to the life of the City thus is of equal importance. I am looking forward to taking on this challenging role and its enormous responsibilities and to working with the current and new members of the team; and of course the numerous partners that make this extraordinary programme possible”.

The Board of the National Arts Festival has also enjoyed some recent appointments. These include well-known arts advocate Michelle Constant, former Market Theatre CEO and current CEO of Ditsong Museums, Annabell Lebethe, and award-winning author Dr Siphiwo Mahala, who also works in the Presidency. The most recent board appointment is multi-award winning writer, professional director, lecturer, curator and artist Mandla Mbothwe.

The Festival was pleased to announce that former CEO of the National Arts Festival, Tony Lankester, also remains as a board member which will facilitate continuity.

Newton will also be the CEO of the Grahamstown Foundation, the organisation that works in tandem with the National Arts Festival to produce Scifest Africa, the English Olympiad, South African Schools’ Festivals and the Monument Movie Club and which aims to further the cultural and creative life of Makhanda and make a broader contribution to South Africa.

About the Festival’s new CEO

Background
Monica Newton was born in Bloemfontein and grew up in Clarens where her family managed the Maluti Mountain Lodge for many years. The family still own a home on a farm just outside the town. Her love of the arts was fostered by her mother Margaret, who raised Monica and sister Sarah as a single parent for most of their lives. Margaret loved reading, films, theatre, dance and music and shared this passion actively with her daughters.

Education
Educated in the Free State, Monica matriculated from Bethlehem Voortrekker High School and completed her studies at the University of the Witswatersrand in Johannesburg. She holds a Bachelor of Arts degree with Sociology and Psychology majors, a Bachelor of Arts Honours in Industrial Sociology and a Masters in Sociology from the University of the Witwatersrand. Her research in support of her MA degree focused on the economics of the film distribution industry.

Career
Monica has worked with national, provincial and local government and related government agencies since 1997, as a full-time employee and as a consultant in her own business. She has been part of creative industry strategy development and research processes across the country, and has worked in the field of cultural development and the creative industries for most of her career. Prior to being appointed as the CEO of the National Arts Festival and Grahamstown Foundation, Monica was the Head of the Gauteng Department of Sport, Arts, Culture and Recreation from August 2017 to November 2019.

Over her career, Monica served numerous Premiers and Ministers as an executive manager in the public service, including her role as Deputy Director-General: Arts and Culture Promotion and Development at the national Department of Arts and Culture from April 2013 to July 2017 and from January 2012 to July 2013, the CEO of the National Art Council, a statutory body reporting to the Department of Arts and Culture and established to support and develop the arts in South Africa and as Chief Director: Socio-Economic Research and Chief Director: Strategic and Operational Support in the Gauteng Office of the Premier from 2008 to 2011.