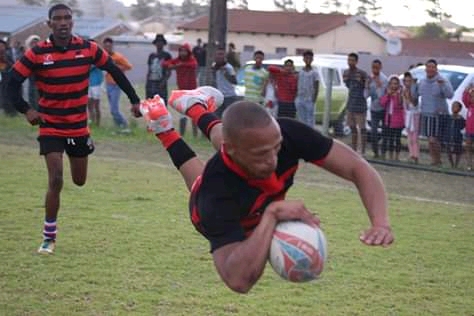 They were also crowned the EPRU Super league champs and will represent Eastern Province at the National Gold Cup Competition next year.

Thousands of rugby enthusiasts attended this prestigious event and the atmosphere was electrifying. Any team on the day could have won the tournament, but it was Progress whose experience in the format counted, along with big names that played provincial and national Sevens during their careers.

Progress beat PE Harlequins in the semifinal, while Titans overcame PE Rebels in the other semi.

The final was a closely contested affair with Progress setting the pace and found themselves 15-0 ahead in the second half. But Titans who fought back brilliantly in the second half and scored two converted tries to narrow matters to 15-14. They almost pulled off a remarkable comeback, but Progress’s solid defence stood firm.

Progress head Coach Eric Toring said,  “The calibre of our players knows the business of Sevens and that gave us confidence. Our mindset was to go out and defend our title.”

Former provincial and national Sevens players in their squad include Deon Booysen (SA Emerging 7s) and Sean Basson (EP Kings 7s).  Praising the tournament’s organisation, Toring said, “I would like to see more Grand Challenge teams like Brumbies, Kruisfontein and Gardens joining the event, as well as more businesses to come on board to assist Stars in order for the event to grow even further.”

Progress received R7000 and Titans R3000, as well as trophies. Octavian Muller from Despatch Titans was voted the Player of the Tournament for his superb all-round performance.