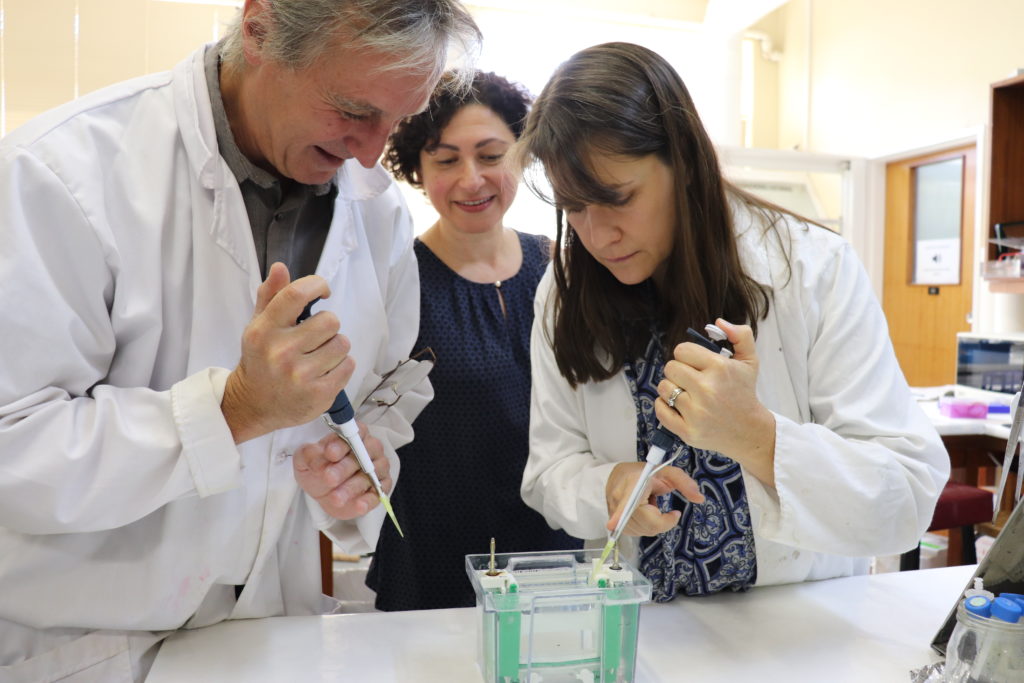 Three Rhodes scientists are among a select group of eight from across the continent who have been awarded research grants to tackle Africa’s most prevalent diseases.

Professor Adrienne Edkins, Associate Professor in the Biochemistry and Microbiology department; Professor Heinrich Hoppe, Associate Professor of Biochemistry and Professor Ozlem Tastan Bishop, Director of Research Unit in Bioinformatics are among the eight whose research projects will each receive $100 000 of funding from Grand Challenges (GC) Africa. This is a scheme that awards seed and full funding for innovation to address and significantly impact major health problems in Africa. It’s a partnership between the Alliance for Accelerating Excellence in Science in Africa (AESA), an initiative of the African Academy of Sciences (AAS) and Bill and Melinda Gates Foundation in collaboration with Medicines for Malaria Venture (MMV), as well as the University of Cape Town’s H3D (Drug, Discovery and Development Centre).

The eight innovators were announced in Nairobi recently at the African Academy of Science. The first recipients of this award, they were selected from 80 applicants from 13 African countries. The selected scientists are from South Africa, Cameroon, Ghana, Kenya, Mali, Nigeria and Zimbabwe. All the scientists from South Africa are Rhodes University academics.

The innovators have each received $100 000 for a period of two years to expand their institutions’ drug-discovery research capacity.

According to the World Health Organisation (WHO), Africa represents 17% of the world’s population but bears a disproportionate 25% of the global disease burden. Sub-Saharan Africa carries 90% of the global cases of malaria.

In 2016, the WHO data revealed that the 2.5 million people who fell ill with TB in Africa represented a quarter of new TB cases in the world.

Edkins said this grant would increase opportunities for African scientists to get training and access to resources.

“It allows us to be able to go and get additional funding so that we can grow and use that as a tool to recruit new students and address some of the diseases affecting the country,” she said.

Hoppe said the idea had a lot of potential and expressed his gratitude to the organisations
that have invested in their research.

Bishop said she was excited and flattered that among so many applications, they were chosen to represent South Africa. “Our work is recognised and we can do more and put our names into the scientific community and hopefully this will lead us to find something useful for society,” she said.

The selected cohort of scientists will present the progress on the work that they have done so far in Ethiopia next month. Should their preliminary research findings produce promising findings, there is potential for the funding to be increased.

Rhodes University Vice Chancellor, Dr Sizwe Mabizela said the institution was extremely proud of the contribution and achievements of the three academics.

“They are making a huge contribution to our country and to the whole world. As a University we are delighted to have academics of their calibre teaching our students, supervising our post graduate students and contributing to knowledge creation,” he said.